I was just visiting a healthcare organization in Michigan and talking to a person in their HR department who recently attended an InfoSol Xcelsius immersion boot camp. He was so excited about what he had learned but even more elated about Xcelsius itself. He said, “It’s so logical and yet so limitless in possibilities, It’s like Lego , you can take the pieces and easily put them together anyway you want”.

I love this analogy!

Yes, Xcelsius is so like Legos. You can create amazing and dazzling business intelligence dashboards just by putting the parts together almost any way you want and, just like Legos, it has moving parts too!

All my kids grew up with Legos and always floored me with the incredible things they built – not only were they inventive but also functional and beautiful. It was remarkable how quickly they built their creations and then just as quickly transformed them into something else.

Well, Xcelsius is just like that. Every day, I see fantastic dashboards created by people everywhere, put together in just hours and then, just by changing a component, a background or an animation, turned into something equally sensational.

Xcelsius has been the premier BI dashboard solution for the last 10 years and it’s hard to see anything else out there that even comes close in terms of pure simplicity, versatility and capability. I look at the so called newer generation of BI dashboard tools like Tableau, Qlikview, Exploration Views or Visual Intelligence but none of these are anything like Legos! Not only are they not simple, they are restrictive and they are certainly not fun to use like Xcelsius. 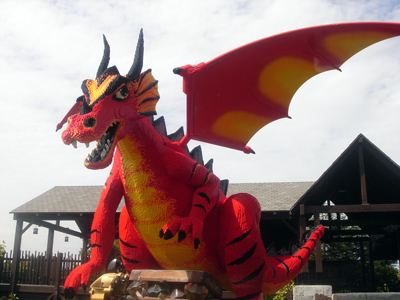 You just never get tired of Legos because you are only limited by your imagination which for most people is limitless. You only have to visit one of the Legoland’s around the world and spend some time looking at the amazing creations as well as sitting in one of the many areas where you build your own masterpieces. Xcelsius is just the same. In fact, I think we should create an “Xcelsiusland” – a theme park full of amazing Xcelsius dashboards and virtual reality dashboard rides!

So what about the future of Xcelsius?

Well it has never looked better. Advanced caching capabilities like InfoBurst XDC and usage of universes against in-memory databases provide amazing performance against large sets of data. A new version of Xcelsius due for release this quarter allows most components to be generated in HTML5 for deployment on mobile devices. The Xcelsius component ecosystem continues to thrive with cool new components appearing everywhere like the new Dash Printer from DataSavvy that allows you to easily capture, manage and print Xcelsius dashboard content.

Lego just celebrated its 80th anniversary this year and continues to be as popular as ever and Xcelsius is hot on its heels!

Paul Grill, Co-Founder and CEO of Infosol Inc., is an information technology guru with more than 40 years’ experience in the IT industry. Recognized as an industry expert, Paul’s vision is to collaborate and develop long-term global relationships, resulting in the successful implementation of business intelligence solutions. Paul believes a company’s success with Business Intelligence is a combination of data and people’s insights and actions. He believes in the coexistence of technologies. With a strong portfolio of clients ranging from fortune 50 companies, start-ups, and middle market, Paul takes pride in his ability to deliver positive transformations impacting company’s productivity and profitability through the application of business intelligence. He is often heard saying that “data holds amazing nuggets that can be used to create limitless BI solutions that make a difference in people’s lives”. Throughout Paul’s career, he has been a speaker, lecturer, and writer sharing his passion for Information Technology and Business Intelligence. On a personal note, Paul is an avid runner, Tai Chi practitioner, and youth soccer coach. Paul’s curiosity for knowledge expands beyond technology with a passion for Ancient Egyptology and Gorillas.
@pgrill
Previous A Tale of Two HANA’s
Next Self-Service Business Intelligence: It’s Wrong, Bad and Shouldn’t be Anyone’s Goal