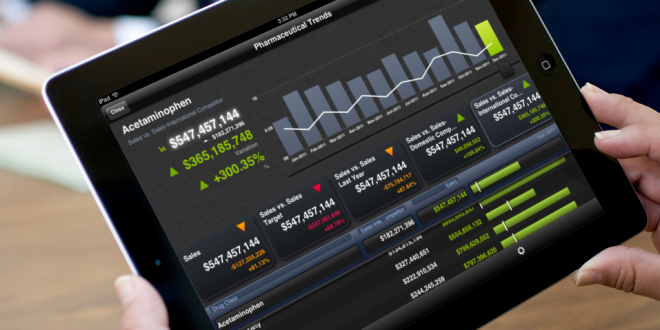 Will Roambi Save SAP Cloud Analytics?

I think a lot of people were surprised by SAP’s early announcement of a new analytics platform – SAP Cloud for Analytics – at the end of last year.

With BusinessObjects remaining the most widely used BI platform in the world and the incredible amount of investment made in the last 5 years into new analytics tools for HANA (Lumira, Visual Design Studio and Predictive Analytics), the last thing I expected to see from SAP was yet another analytics offering.

So why not take their new analytics tools for HANA and make them all cloud based?

In fact there was a cloud based offering for Lumira but that seems to have disappeared. We can only speculate that the new analytics tools have struggled to gain any serious market share in an already overcrowded space and there are no indications that will change anytime soon.

However, building a new analytics platform and toolset for the cloud from the ground up is also both ambitious and risky and SAP has no real track record in this arena.

So when I heard that SAP had acquired Mellmo and their Roambi solution a couple of weeks ago, it started to make a bit more sense. Roambi is already a popular and mature mobile BI solution with incredible visualizations and many cloud subscribers. It also can be deployed on premise. It has a great selection of different views designed both for iOS and now Android and PC (using Chrome). Dashboard and visual applications can be created rapidly by end-users (no programming) and it can take Crystal Reports and Web Intelligence reports as input and integrates with BusinessObjects as well as Cognos, OBIE, Microsoft BI and a host of other BI solutions. It can also integrate with HANA. It offers offline capability on mobile devices as well as integration with native mobile applications for annotation and email.

All in all, it is a comprehensive and well-rounded solution and we should expect nothing less from the same visionaries and development team that created Xcelsius.

So now the big question is will Roambi be able to make SAP Cloud for Analytics a serious contender in the cloud analytics space? If they let the Roambi visionaries drive the strategy and direction, I think they have a good chance. Let’s see.

Paul Grill, Co-Founder and CEO of Infosol Inc., is an information technology guru with more than 40 years’ experience in the IT industry. Recognized as an industry expert, Paul’s vision is to collaborate and develop long-term global relationships, resulting in the successful implementation of business intelligence solutions. Paul believes a company’s success with Business Intelligence is a combination of data and people’s insights and actions. He believes in the coexistence of technologies. With a strong portfolio of clients ranging from fortune 50 companies, start-ups, and middle market, Paul takes pride in his ability to deliver positive transformations impacting company’s productivity and profitability through the application of business intelligence. He is often heard saying that “data holds amazing nuggets that can be used to create limitless BI solutions that make a difference in people’s lives”. Throughout Paul’s career, he has been a speaker, lecturer, and writer sharing his passion for Information Technology and Business Intelligence. On a personal note, Paul is an avid runner, Tai Chi practitioner, and youth soccer coach. Paul’s curiosity for knowledge expands beyond technology with a passion for Ancient Egyptology and Gorillas.
@pgrill
Previous InfoSol News: Keeping You in the Loop on All Things BI!
Next Design and Development Best Practices for Mobile Dashboards