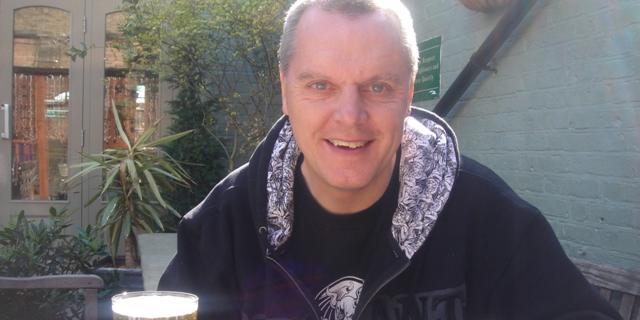 Will 2018 See More BusinessObjects in the Cloud?

While it’s fun to make predictions at the beginning of a new year, I must admit that my track record on getting them right has not always been perfect. I tend to lean heavily towards things I want to happen, rather than things that are more likely to happen.

In the world of Business Intelligence, predictions by leading experts and vendors have also not always been stellar. There is constant change but the pace is dictated by the organizations that use it rather than by the vendors that sell it.  So, when the BI Industry Analysts and Vendors predicted seven years ago that everyone would move to Mobile BI within a year or two, it didn’t actually happen. In fact, it still hasn’t happened but it is gradually moving it that direction.

About three years ago, they predicted that BI would move to the Cloud within a couple of years and, again, it didn’t happen. There is actually a strong push by many organizations to move all their applications and data to the Cloud, but not for the reasons you might think. Two prominent items that have held organizations back from moving to the Cloud are: cost and security. The vendors have focused mainly on cost, but it is actually the security issue that has become the main driver for moving to Cloud. With so many high-profile data breaches and cyber-attacks, CIO’s are faced with a tough choice. Either they spend a lot of money implementing cyber-security departments, processes and solutions or they move everything to the Cloud and let the Cloud provider take on that responsibility. This latter choice is gaining momentum.

At the same time. BI vendors are rushing to create new cloud based BI solutions. SAP’s Analytics for Cloud (fondly known as SAC and renamed twice in the last two years) has been evolving and hopes to make an impression in the market this year. SAP is spending tremendous resources to try to get SAC to a point where it can effectively compete with the other BI solutions. Hopefully, SAP has learned from its mistakes with the failed Lumira and Visual Design Studio products and will make sure they build in seamless integration with BusinessObjects out of the box.

Many BusinessObjects customers are not waiting and have already moved their BO deployment into the cloud and many more are planning to do so in 2018. The transition of the BO application to being Cloud hosted is not difficult but there are many considerations, especially around security, that need to be taken into account. At the same time, having applications in the Cloud that still access on-premise data sources is not ideal so many organizations are waiting until they move their Data Warehouses or key BI data sources into the Cloud before moving BusinessObjects there as well.

At IBIS 2018, there will be some good sessions discussing this topic including a case study based on both how InfoSol has done this in-house as well as for other organizations.

Well, I am sort of predicting more BO in the Cloud in 2018 so let’s see how this one turns out.

Paul Grill, Co-Founder and CEO of Infosol Inc., is an information technology guru with more than 40 years’ experience in the IT industry. Recognized as an industry expert, Paul’s vision is to collaborate and develop long-term global relationships, resulting in the successful implementation of business intelligence solutions. Paul believes a company’s success with Business Intelligence is a combination of data and people’s insights and actions. He believes in the coexistence of technologies. With a strong portfolio of clients ranging from fortune 50 companies, start-ups, and middle market, Paul takes pride in his ability to deliver positive transformations impacting company’s productivity and profitability through the application of business intelligence. He is often heard saying that “data holds amazing nuggets that can be used to create limitless BI solutions that make a difference in people’s lives”. Throughout Paul’s career, he has been a speaker, lecturer, and writer sharing his passion for Information Technology and Business Intelligence. On a personal note, Paul is an avid runner, Tai Chi practitioner, and youth soccer coach. Paul’s curiosity for knowledge expands beyond technology with a passion for Ancient Egyptology and Gorillas.
@pgrill
Previous Web Intelligence: The Future’s So Bright, You Better Wear Shades!
Next Power Pictures Improve Effectiveness of Dashboards