Breaking News
Home / InfoSol / Blog Featured / When Your Dashboard Goes Blank – Who do you call? 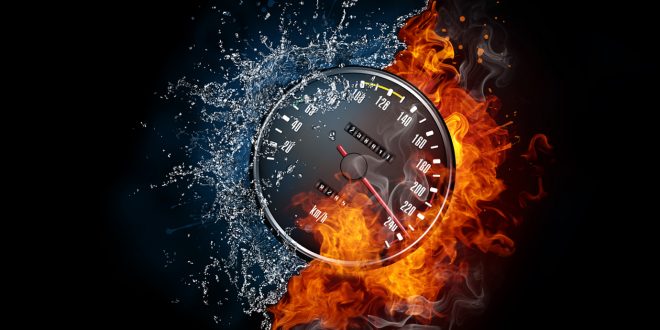 I currently drive an Alfa Romeo Stelvio and, like most vehicles today, it notifies me on the dashboard when it is due for a service. The service message popped up a few weeks ago so I went online to make an appointment.

The website guided me through an easy to follow application to book my service but when it came to booking a time, it showed that there were no times available for any service advisor for the entire next year! So, I picked up the phone and was guided through an automated system where I ended up leaving a voicemail message since nobody answered.

I did not hear anything back for a few days, so I looked up the number of the service advisor I worked with on the last service and called him and we booked a service the next day.

It was a Friday, and after the service, I headed out to visit my daughter to watch a movie at her place.

Before I went to bed that night, I noticed I had several phone calls on my mobile from numbers I did not recognize, but nobody left a message. This continued the next day except this time messages were left. The first message was from someone wanting to book a service for their Alfa Romeo and the second message was from a another person that was panicked by the fact that the dashboard on their Alfa Romeo Stelvio had just gone blank and they did not know what to do!

I quickly realized that Alfa Romeo service calls were being forwarded to my mobile phone when I called the service number myself and got my own voicemail!

I called the service advisor and told him what was happening. He did not believe me until he tried himself and got my voicemail. He texted me back that he would report it on Monday although he did not know who to report it to.

The calls continued through Sunday… followed by an avalanche of calls on Monday.

There were so many voice mails but my favorite was from a lady who said she had called and left messages multiple times to book a service but all she got was this voice mail message from “a guy who sounds like he is in sales”! (I definitely need to change my voice mail message).

By Monday afternoon, I decided to call Alfa Romeo corporate to let them know what was happening. When I finally got through to a person in customer service, they told me there was nothing they could do because the number was controlled by the local dealership and therefore they were the only ones who could fix it. When I asked if they were not concerned about losing business and potentially tarnishing their brand, they said they would call the dealership. The issue was fixed a couple of hours later.

I forwarded all the voicemail messages and phone numbers I had received for service calls to the Service Advisor at the dealership. He told me later that it took a few days to get back to everybody as there were so many.

It appears that there was nobody at the dealership over those 3 days who knew even who to call about the issue, let alone fix it.

During the pandemic, many organizations have been running with reduced staff so it is understandable that these types of issues will arise. We had a customer a few months ago who placed a call that their BusinessObjects application was down. We immediately called back to find out that they had shut down their servers for something and just needed to restart BusinessObjects. They did not know how because the person who normally does that had been furloughed. We had them up and running in two minutes.

Most BusinessObjects applications run mission critical reports and functions. So backup and contingency is very important.

Since early March of this year, one of our most popular services has been our BusinessObjects Managed Services, which provides on-going support for any system or application issue that might occur with direct access to our on-line support system. Not only does it provide a lifeline and insurance policy for unexpected situations, but it also provides access to top BusinessObjects experts who can tackle tricky and urgent requirements.

Customers subscribed to the service have used it to sort out performance issues, corrupt universes and reports, set-up automated backups and recovery and build urgently required reports and dashboards.

There are also options for 7×24 hour coverage, health check services and additional application consulting hours that can be added to the service.

Paul Grill, Co-Founder and CEO of Infosol Inc., is an information technology guru with more than 40 years’ experience in the IT industry. Recognized as an industry expert, Paul’s vision is to collaborate and develop long-term global relationships, resulting in the successful implementation of business intelligence solutions. Paul believes a company’s success with Business Intelligence is a combination of data and people’s insights and actions. He believes in the coexistence of technologies. With a strong portfolio of clients ranging from fortune 50 companies, start-ups, and middle market, Paul takes pride in his ability to deliver positive transformations impacting company’s productivity and profitability through the application of business intelligence. He is often heard saying that “data holds amazing nuggets that can be used to create limitless BI solutions that make a difference in people’s lives”. Throughout Paul’s career, he has been a speaker, lecturer, and writer sharing his passion for Information Technology and Business Intelligence. On a personal note, Paul is an avid runner, Tai Chi practitioner, and youth soccer coach. Paul’s curiosity for knowledge expands beyond technology with a passion for Ancient Egyptology and Gorillas.
@pgrill
Previous A BI Delivery Success Story that Just Keeps Growing
Next No Code and BI – the Way Forward for 2021

One organization presenting at IBIS showed how they were using InfoBurst to automatically send text messages to people when critical drug shipments were delivered or delayed. This may appear to be more operational than BI in nature but the reports that were triggering these text messages was a BusinessObjects Web Intelligence report analyzing thousands of shipments.