Breaking News
Home / Business Intelligence / What’s in a Name? Everything, if it’s BusinessObjects! 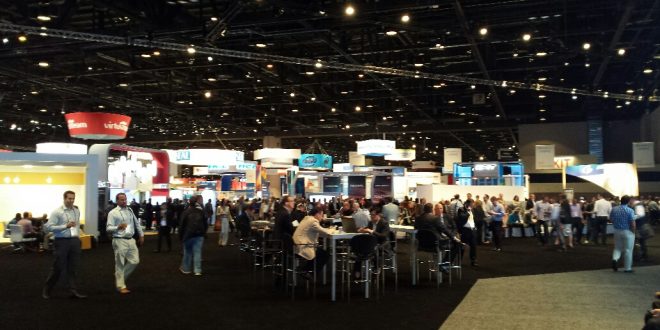 What’s in a Name? Everything, if it’s BusinessObjects!

SAP has always had a fondness for renaming products . This has often caused confusion particularly when the new name does not catch on and most people still refer to the product by its old name as in the case of Xcelsius renamed to SAP BusinessObjects Dashboards.

Then sometimes the new name does catch on but the product does not, as in the case of Lumira renamed from Visual Intelligence.

However, the latest renaming of BI and Analytics tools  by SAP, announced at Sapphire 2016 this week, is more of a complete re-branding and brings a refreshing breeze of reality to the true state of play.

As of today,  all of SAP’s Business Intelligence and Analytics tools will unify under the BusinessObjects brand.

There will be two main suites namely :

On top of these will sit SAP BusinessObjects Roambi, the new acquisition by SAP with its stunning visual mobile analytics that is available as both a cloud and on premise solution .

Since BusinessObjects remains the most popular BI suite in use today, the name certainly has brand recognition and is synonymous with Business Intelligence. This could definitely help relatively new or unknown products in the ever-growing SAP analytics portfolio.

However, the branding does not change the fact that the tool sets themselves are very different and there is little or no integration between them and an unspecified roadmap as to if and when they will ever come together.

The classic BusinessObjects suite with Web Intelligence, Crystal Reports, Dashboards (Xcelsius), Live Office, Analysis, Explorer is tried, trusted and incredibly popular and will be around for years to come. The tools are embedded and mission critical in so many industry applications that it makes no sense to deprecate them and SAP has no plans to do so.

The newer analytics tools like Lumira have struggled for five years to evolve and become viable but they have so little presence outside of the SAP ERP world that their market share in the overall BI product marketplace is insignificant. SAP just announced the convergence of Lumira and Visual Design Studio (now called SAP BusinessObjects Lumira Studio) but the two tools combined are not likely to change their lack of popularity. Yes, they run well on HANA but so does Tableau.

SAP BusinessObjects Cloud is the latest BI offering from SAP and the one that they are investing in very heavily going forward. It has great potential but a long way to go before it can seriously compare or compete in the very overcrowded and competitive BI marketplace that exists today. However, Roambi could help fill that gap for them as a viable BI Cloud offering in the interim.

I feel the BusinessObjects branding is a smart move on the part of SAP but they need to follow up with a clear BusinessObjects product strategy and direction keeping in mind that at least 75% of BusinessObjects users today do not use SAP ERP, BW or HANA.

In the meantime, the BusinessObjects resurgence continues to surge.

Paul Grill, Co-Founder and CEO of Infosol Inc., is an information technology guru with more than 40 years’ experience in the IT industry. Recognized as an industry expert, Paul’s vision is to collaborate and develop long-term global relationships, resulting in the successful implementation of business intelligence solutions. Paul believes a company’s success with Business Intelligence is a combination of data and people’s insights and actions. He believes in the coexistence of technologies. With a strong portfolio of clients ranging from fortune 50 companies, start-ups, and middle market, Paul takes pride in his ability to deliver positive transformations impacting company’s productivity and profitability through the application of business intelligence. He is often heard saying that “data holds amazing nuggets that can be used to create limitless BI solutions that make a difference in people’s lives”. Throughout Paul’s career, he has been a speaker, lecturer, and writer sharing his passion for Information Technology and Business Intelligence. On a personal note, Paul is an avid runner, Tai Chi practitioner, and youth soccer coach. Paul’s curiosity for knowledge expands beyond technology with a passion for Ancient Egyptology and Gorillas.
@pgrill
Previous Design and Development Best Practices for Mobile Dashboards
Next Error – New 4.2 BI Commentary Service is Unavailable