Web Intelligence Integration Suite Will Blow Your Socks Off

While in England earlier this week, there were two things that I got really excited about.  The first was this really cool toilet seat with a self-closing lid that my sister had installed at her house where I was staying.  It was so neat, you just touch the lid gently and it slowly and smoothly closed on its own.  My sister and brother-in-law thought I had digestive problems, because I kept disappearing to the toilet.  I just couldn’t get enough of this toilet seat!

The second thing that got me buzzing was this demonstration I saw of the Web Intelligence Integration Suite from Antivia.  Now I’ve seen some pretty neat dashboards and features with Xcelsius (and I get very excited about them, too) but just picture this: Take a Web Intelligence document with drill down built-in integrated as a component in an Xcelsius dashboard, so that you can interact with the document within the dashboard itself.  Now think about linking that document to other Xcelsius components so that, as you navigate through data in the report, these other components are changing dynamically and vice versa.  It could be linked to maps, gauges, pictures, internet content and tons of other stuff.  And that’s not all – the best is yet to come…  The suite also includes a Web Intelligence “Slice and Dice” panel component. You can actually drag and drop objects and create multiple iterations of reports within this component within Xcelsius. This just blew me away because it adds incredible new power and capabilities to Xcelsius that just takes dashboards to a whole new level.  With this suite, you can merge the power of Web Intelligence with Xcelsius in a single powerful user interface. 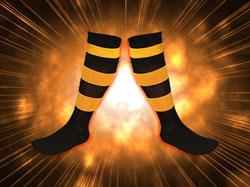 The framework that the suite uses also provides a collaboration component that allows you to instant message between other selected users looking at the dashboard.
When Donald McCormick, Business Objects CTO, showed the suite at the Business Objects User Conference in Dallas this week, people were literally wide-eyed at what they were seeing and broke out into spontaneous applause – something I have never witnessed before.

I have a feeling a lot more people will share my excitement over the Web Intelligence Integration Suite for Xcelsius than over the toilet seat with the self-closing lid. I think both products are destined for  great success!

Paul Grill, Co-Founder and CEO of Infosol Inc., is an information technology guru with more than 40 years’ experience in the IT industry. Recognized as an industry expert, Paul’s vision is to collaborate and develop long-term global relationships, resulting in the successful implementation of business intelligence solutions. Paul believes a company’s success with Business Intelligence is a combination of data and people’s insights and actions. He believes in the coexistence of technologies. With a strong portfolio of clients ranging from fortune 50 companies, start-ups, and middle market, Paul takes pride in his ability to deliver positive transformations impacting company’s productivity and profitability through the application of business intelligence. He is often heard saying that “data holds amazing nuggets that can be used to create limitless BI solutions that make a difference in people’s lives”. Throughout Paul’s career, he has been a speaker, lecturer, and writer sharing his passion for Information Technology and Business Intelligence. On a personal note, Paul is an avid runner, Tai Chi practitioner, and youth soccer coach. Paul’s curiosity for knowledge expands beyond technology with a passion for Ancient Egyptology and Gorillas.
@pgrill
Previous Stripping Down to Essentials in a Financial Crisis
Next Learning from the Obama Effect