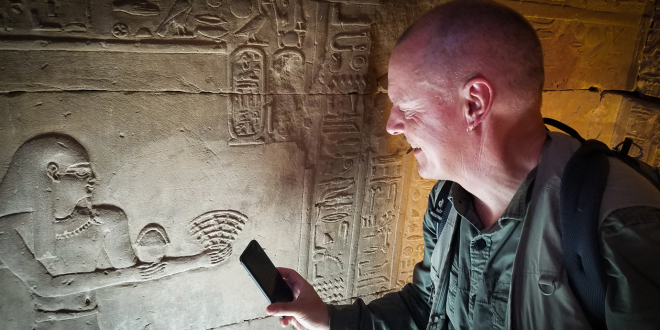 I have always been a huge fan of Ancient Egypt and the inside of my house has been likened to the Cairo Museum.

I had been thinking for a while if there was a way to marry my passion for Ancient Egypt with my passion for Business Intelligence and about two years ago, an opportunity presented itself. I was introduced to Dr. Leslie Warden, an Egyptologist and professor at Roanoke College who specialized in the Old Kingdom and ceramics.

Dr. Warden was just starting a new excavation in the Delta region of Egypt of an Old Kingdom provincial village named Kom El-Hisn. The purpose of the excavation was to learn more about how ordinary people lived and went about their daily lives some 4,500 years ago. So, when I was invited to participate, I did not hesitate.

Now I had this romantic vision in my head that it would be like Howard Carter discovering the tomb of Tutankhamun in the middle of the Egyptian desert, but it was not quite like that.

Kom El- Hisn is located in the hot and humid delta region full of small agricultural villages and farms. It was situated in the middle of 3 small villages that for the last 50 years had used the site of the ancient village we were about to excavate as their garbage dump! Not only did they dump all their garbage there, but they also buried their dead farm animals there too. It also happened to be July when it was about 105F and very humid and we stayed in one of the villager’s houses with no air conditioning, no hot water and no sewer.

It took extra time and manpower to clean up the area we planned to excavate but we did it. I learned a lot during the week I was there and once the actual digging started, it did not take long to uncover literally thousands of shards and fragments of pots and objects dating back to both the Old Kingdom and the Middle Kingdom. The sorting and classification of this material was a huge manual task leaving very little time to do detailed analysis especially since the material was not allowed to leave the site.

After returning from Egypt and that first exposure to a real excavation, my mind did not stop spinning about how to best use Technology and BI to help out the archeologists.  We started working on a Business Intelligence application that we called InfoArch for both the classification process and the analysis. We created the application so it could run on an iPad and allow the material to be entered into the application offline (since there is no internet at the site) and then synchronized to a central database in the cloud later. Previously all this information was being entered on paper forms. The new application not only quickened the process but also helped it to be more accurate by using pre-selected values and performing validation checks. 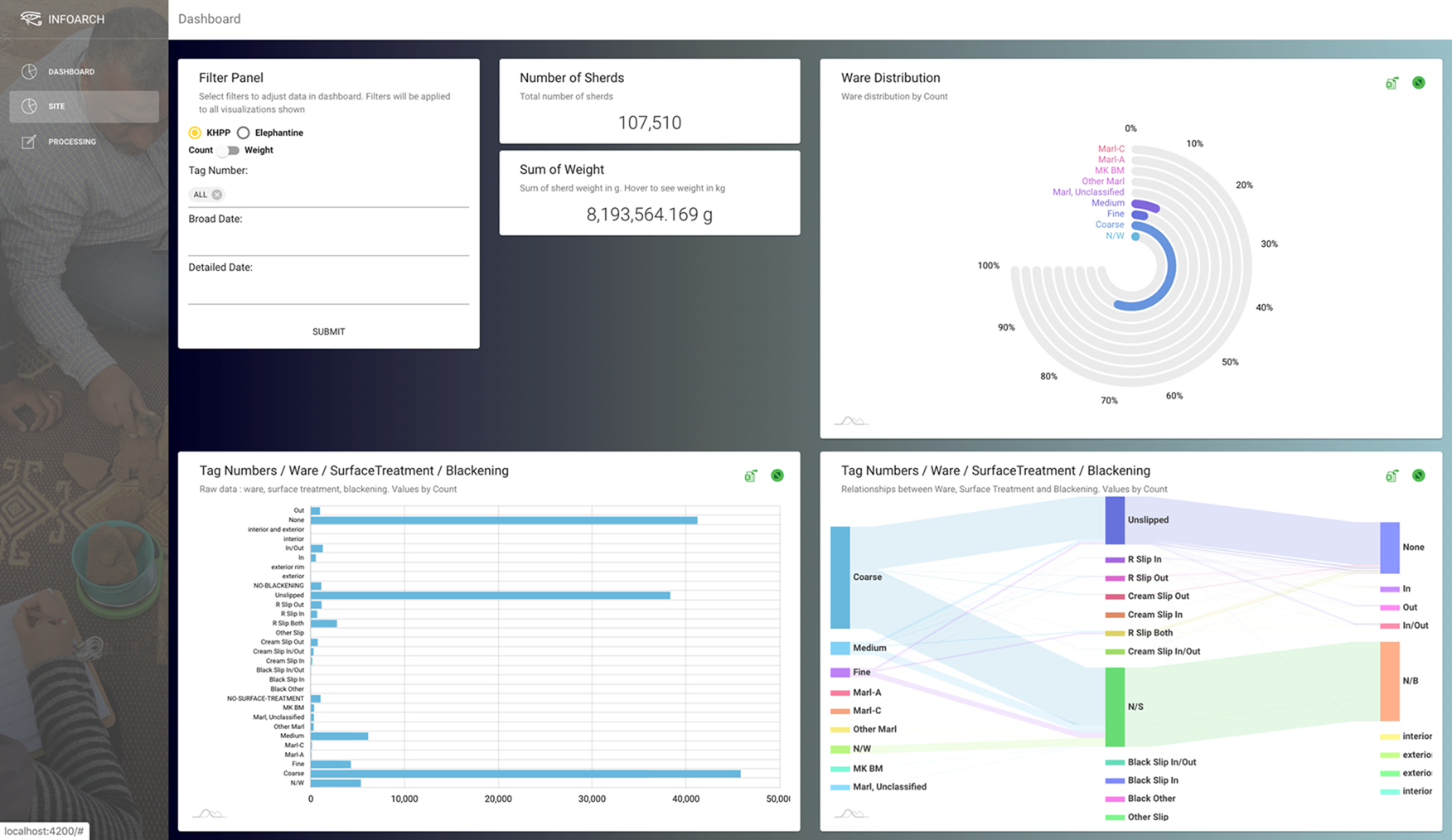 Last year we went back to Kom El-Hisn and tried it out and saw, firsthand, how easily people were able to use it. We then started to work on the Business Intelligence analysis piece.

By using interactive visualizations, Dr. Warden was able to see trends, patterns, outliers and lots of information in a whole new way. She also discovered the importance of data quality for good BI. 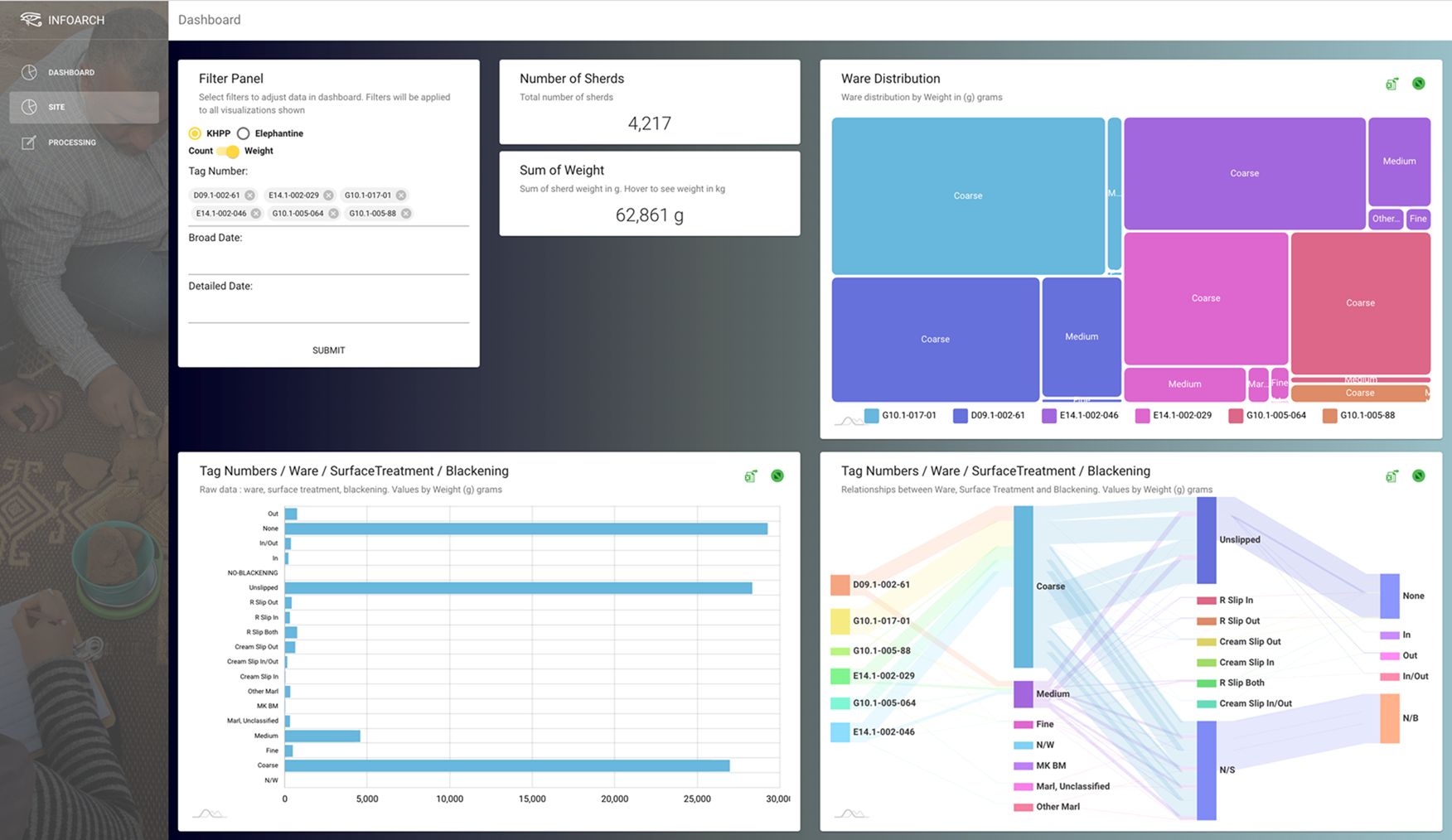 At IBIS last June, Dr. Warden showed an early version of the dashboard as part of her keynote presentation. Last week at the ARCE (American Research Center in Egypt) annual conference (delivered virtually due to the COVID-19 pandemic), she presented a session entitled “Analyzing Archeological Ceramics Using Business Intelligence” and showed an impressive demonstration of InfoArch. It was really well received. 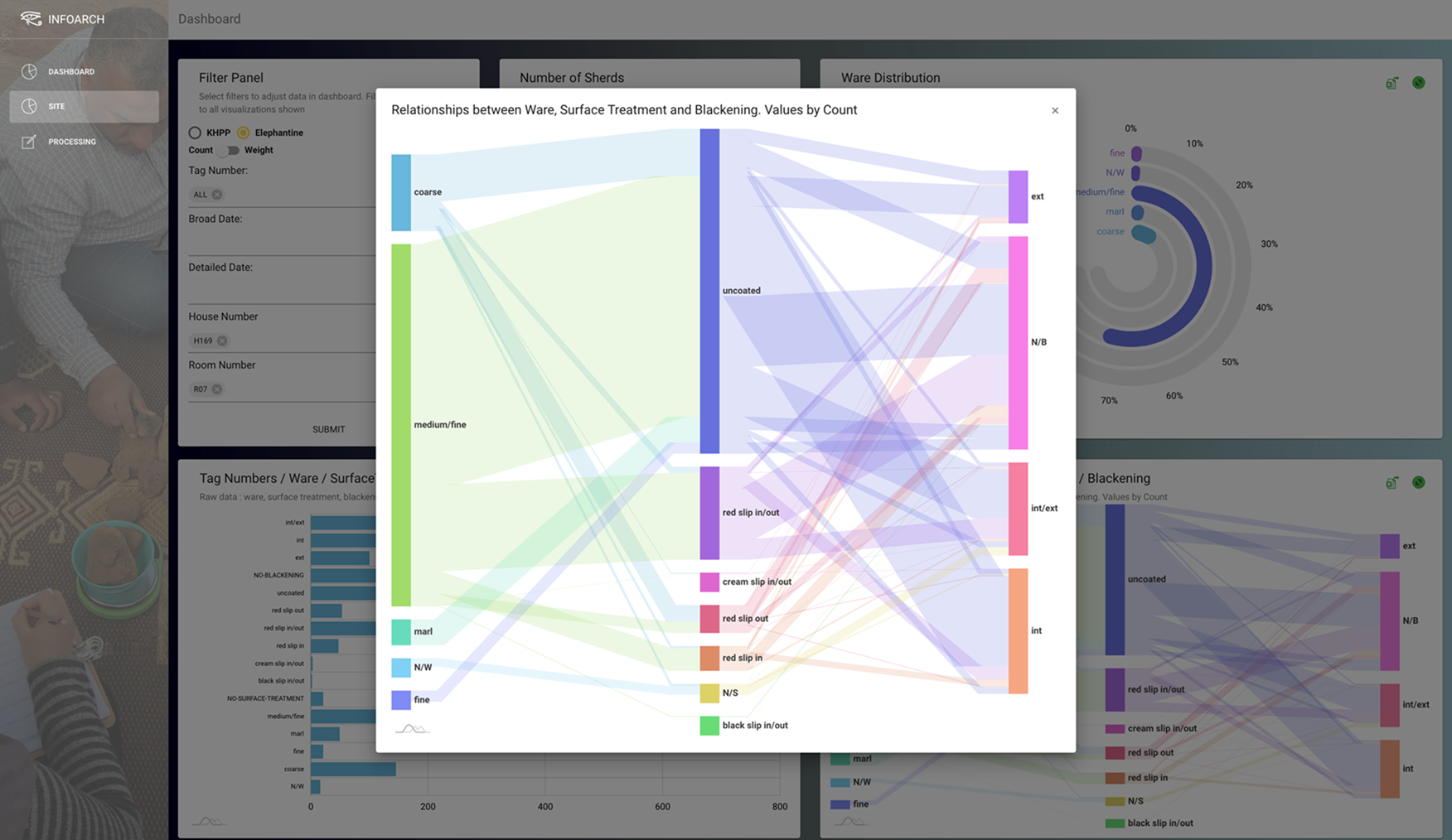 I would be amiss if I did not mention the amazing work in creating this custom dashboard solution by InfoSol’s Eliseo (“JR”) Camilon. He will be presenting a session at IBIS2020 entitled “Building Custom BI Dashboards for the Web” – not to be missed.

There is a lot more to do but InfoArch is off to a great start and I hope to be going back to Kom El-Hisn with Dr. Warden and her team next year to really put it to maximum use.

More importantly, I have found a way to combine two of my greatest passions – Egyptology and BI – which is just the best.

Paul Grill, Co-Founder and CEO of Infosol Inc., is an information technology guru with more than 40 years’ experience in the IT industry. Recognized as an industry expert, Paul’s vision is to collaborate and develop long-term global relationships, resulting in the successful implementation of business intelligence solutions. Paul believes a company’s success with Business Intelligence is a combination of data and people’s insights and actions. He believes in the coexistence of technologies. With a strong portfolio of clients ranging from fortune 50 companies, start-ups, and middle market, Paul takes pride in his ability to deliver positive transformations impacting company’s productivity and profitability through the application of business intelligence. He is often heard saying that “data holds amazing nuggets that can be used to create limitless BI solutions that make a difference in people’s lives”. Throughout Paul’s career, he has been a speaker, lecturer, and writer sharing his passion for Information Technology and Business Intelligence. On a personal note, Paul is an avid runner, Tai Chi practitioner, and youth soccer coach. Paul’s curiosity for knowledge expands beyond technology with a passion for Ancient Egyptology and Gorillas.
@pgrill
Previous Business Intelligence and the COVID-19 Pandemic
Next Customizing Report Content Using Input Controls and Conditional Formatting