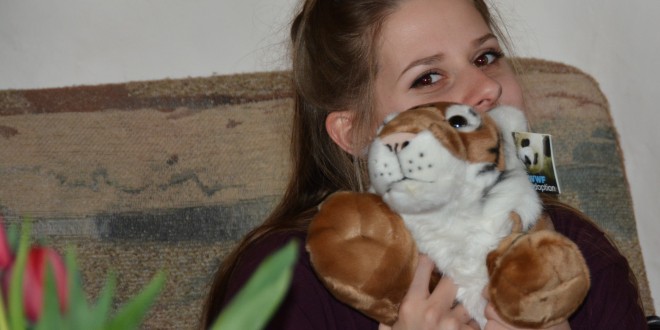 Tigers and Entrepreneurship – Reflections on 2015 and fun dashboards at InfoSol

Yolande January 5, 2016 Business Intelligence, InfoSol, Measuring What Counts, Xcelsius Comments Off on Tigers and Entrepreneurship – Reflections on 2015 and fun dashboards at InfoSol 4,697 Views

So much happened in 2015 and the general consensus with everyone that I’ve talked to is that the year flew by too fast.  When I reflect on all the projects that we accomplished I can hardly believe that it was possible.  My plan is not to list these here but instead focus on a lesson that I will carry forward into 2016.

Out of all the BI applications that we developed, there are two that really stand out in my mind and these two happen to align with our social and charitable giving aspirations at InfoSol.  The first, is the WWF (World Wildlife Fund) project supporting the TX2 initiative to double the population of Tigers by 2022, and the second is the D.VAs (Data Visualization Artists, pronounced Divas) dashboard entry which took 1st place in the ASUG Developer Wars to support the work of NFTE (Network for Teaching Entrepreneurship) who change the lives of at risk youth by teaching them the skills of entrepreneurship while they are in High School.

Surprisingly, as I reflect on these two projects, I find that the main reason I loved participating in the creation of these dashboards is not the obvious one of developing dashboards for a non-profit in order to do good.  That part definitely speaks to my heart and the hearts of others at InfoSol, yes.  But the exciting part for me was working on figuring out creative and innovative ways to measure things that are very difficult to measure.

The WWF dashboard idea came after seeing Carrie Stengel of WWF present at a data visualization conference with a presentation title of Can Tigers Predict the Future?  (here’s a link to Carrie’s half hour talk but there’s a cost to watching this presentation) The premise was that as Tiger populations increase back to healthy levels, this increase correlates positively with economic conditions that also indicate an improvement in human’s lives in the same region.

This is an observation at this point and more data is needed over a longer period of time but it’s a great observation.

This is exciting to me.

This is inspiring to me.

The whole idea of a correlation between wildlife population and human living conditions raises the conversation beyond the actual project at hand (in this case doubling the tiger population) and takes us into the realm of something more important like the interconnectedness of us all.

As tiger populations increase in a given geographical area, something else is happening in that area.

We can measure the number of tigers by counting them.  This is doable.  We cannot easily measure the mood of a population.  We can ask people how they feel.  We can ask them if they are hopeful about the future and so on.  But in this case, we can observe something just beyond the answers to these two questions.  In this case, the tiger population begins to increase when people of the region begin to care, to put systems in place to protect the animals.  People do not protect animals if they are not in a place of safety themselves.  This is my take away.  This is my opinion.

This aligns with the classic Maslow’s hierarchy of needs.  We cannot move up a level until the one below is satisfied.

This project is ongoing and as time goes on it may just be the case that not only can we observe a correlation, but it could become a fact beyond a shadow of a doubt that Tigers do indeed predict the future.  I’m signed up to see this through.  In any case, working towards preserving these noble creatures and doubling their population by 2022 is a worthy cause in its own right.

If tigers inspire you too, you can read about so much more… http://www.worldwildlife.org/stories/how-nations-are-uniting-to-double-the-world-s-tigers

The second dashboard that captured my imagination and was voted winner in the ASUG Developer Wars was one that InfoSol created for NFTE – the non-profit chosen to benefit from this year’s competition.

The dashboard told a story that took us on a journey that answered three key BI questions:

We had limited data for the competition for obvious reasons of protecting the student population served by NFTE but even with this limited amount of data, it was easy to grasp the challenge facing anyone aspiring to teach and promote entrepreneurship.

There are so many parts to the dashboard but the winning tab and the one where we believe all the potential lies is the one measuring student mindset.

It is agreed that mindset is the #1 indicator and predictor of success in entrepreneurship and in my opinion it is one of the most difficult things to measure.

Because of a lack of data and standards in this area, we decided to let our imaginations run wild.  Instead of taking the posture of knowing something, and being the experts, we did what NFTE would have done themselves.  We talked to a student that is passionate about entrepreneurship and who was interested in exploring this opportunity.  We allowed ourselves to dream systems and applications that not only would use subjective measures but integrate with hard data to create a more objective predictor of success.  Most importantly we asked ourselves: “what do we want to have happen here?” And we visualized it all in an infographic-like interactive and animated Xcelsius data visualization just because we could. 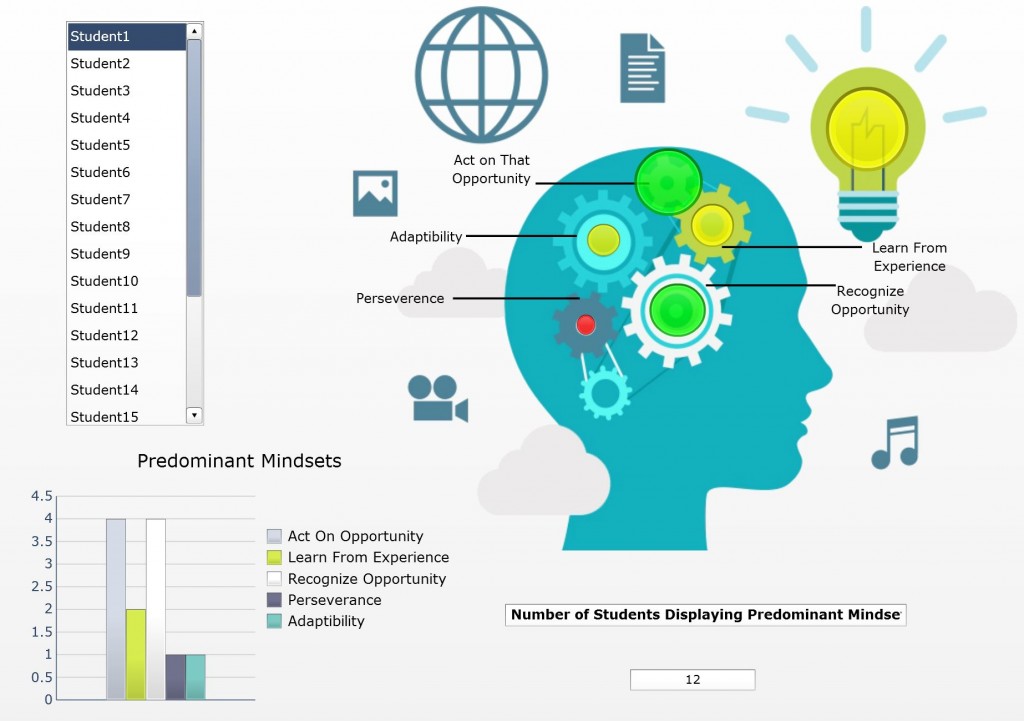 So I will leave you with this quotation from Peter F. Drucker: “The best way to predict your future is to create it”.  And I know that if we want to create our future to be what we want to have happen here, then we need to begin always by measuring what counts.

If you have an inspiring dashboard story, comment below.  I would love to hear all about it.

Yolande Grill is the COO at InfoSol Inc. "I like to think of myself as the Chief Transformation Officer. My favorite quote to ponder is one from Trina Paulus: 'How Exactly does one become a butterfly? You must want to fly so badly, that you are willing to give up being a catterpillar'. I love feeling inspired."
@ygrilltweets
Previous Are you having trouble opening your Xcelsius Canvas? Here’s what to do.
Next Crystal Reports Export to Excel – Part 2