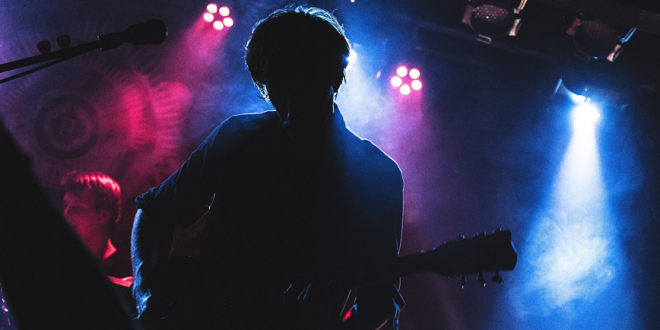 Twenty-five years ago on July 13, 1994 I went to see the legendary band, The Eagles, play at the old Tiger Stadium in Detroit. The Tour was called the Hell Freezes Over Tour, since the band had broken up many years before they said they would only ever play together again when hell freezes over!

This was also one of the last events to be held at the old Detroit Tigers baseball stadium, since it was about to be demolished and replaced with a new stadium.

It was an amazing concert under the stars on a warm summer night and I remember the band saying this would be their farewell tour.

Yet, for the last 25 years The Eagles have done tour after tour and are still touring even after the death of Glen Frey and the recently announced bid for President from Joe Walsh!

Their sound and harmonies are unique and their music addictive. They have even more fans now than they had in the heydays back in the 70’s.

In fact, The Eagles are a lot like BusinessObjects in that they have a unique and addictive Business Intelligence solution whose fan base just continues to grow.

There are some people both within and outside of SAP who have said that the current release of BusinessObjects would be the last, but they were wrong and continue to be wrong as we look forward to yet another exciting major release with BI 4.3 due for general availability in 2020.

There appeared to be a concerted effort for a while to replace BusinessObjects with Lumira, but that failed miserably and now Lumira is going away.

SAP has spent the last few years developing a new analytics platform in the cloud, currently known as SAP Analytics Cloud or SAC, but it does not have a lot of traction yet. It will be embedded in other SAP Cloud applications and does not really compare to BusinessObjects.

So why doesn’t SAP market and promote BusinessObjects?

Well, just like the Eagles, BusinessObjects is so well known and established with a track record of iconic hits that it has become an institution. Business Intelligence and BusinessObjects have become synonymous and I don’t see that changing anytime soon.

BusinessObjects BI 4.3 is a big and major release with a whole new user interface design. Fans are already lining up to participate in the beta release at the end of the year. Live concert dates have been announced where you can see it in action at regional BusinessObjects User Group meetings:

There will also be a special Let’s Speak BO webinar on October 29th, 2019 delivered by SAP Web Intelligence lead guitarist, Gregory Botticchio, singing his new song entitled “The New Web Intelligence BI 4.3 and its New Concepts”. Watch for that one to climb the charts quickly!

Anyway, as both a big Eagles and BusinessObjects fan, I couldn’t be happier.

Paul Grill, Co-Founder and CEO of Infosol Inc., is an information technology guru with more than 40 years’ experience in the IT industry. Recognized as an industry expert, Paul’s vision is to collaborate and develop long-term global relationships, resulting in the successful implementation of business intelligence solutions. Paul believes a company’s success with Business Intelligence is a combination of data and people’s insights and actions. He believes in the coexistence of technologies. With a strong portfolio of clients ranging from fortune 50 companies, start-ups, and middle market, Paul takes pride in his ability to deliver positive transformations impacting company’s productivity and profitability through the application of business intelligence. He is often heard saying that “data holds amazing nuggets that can be used to create limitless BI solutions that make a difference in people’s lives”. Throughout Paul’s career, he has been a speaker, lecturer, and writer sharing his passion for Information Technology and Business Intelligence. On a personal note, Paul is an avid runner, Tai Chi practitioner, and youth soccer coach. Paul’s curiosity for knowledge expands beyond technology with a passion for Ancient Egyptology and Gorillas.
@pgrill
Previous Using an Input Control to Sort in Web Intelligence
Next The end of support for SAP Products on Windows 2008