Business Intelligence to Inspire Us All 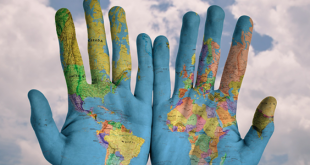 As I look back on 2018 and all the amazing BI solutions I saw created, there was one that really stood out in terms of its impact on the world that left me both awestruck and humbled. It was a solution created for the International Humanitarian City (IHC) based in ...

END_OF_DOCUMENT_TOKEN_TO_BE_REPLACED

A deep dive into the InfoBurst Connectors

May 23, 2013 Business Intelligence, IBIS, InfoBurst, InfoBurst Dash, Products Comments Off on A deep dive into the InfoBurst Connectors

END_OF_DOCUMENT_TOKEN_TO_BE_REPLACED

Integrate your applications with InfoBurst

Here is a sneak-peak of the InfoBurst® API to be presented in the Report Bursting, Scheduling, Delivery & Administration talk at the InfoBurst User Conference – IBIS 2013. Over 5 years ago we started to think about a new InfoBurst.  One that would take the years of experience that we’ve gathered since InfoBurst launched, and ...

END_OF_DOCUMENT_TOKEN_TO_BE_REPLACED

The Secret to BI Sustainability – Reuse

March 30, 2012 Paul Blogs on BI Comments Off on The Secret to BI Sustainability – Reuse

I was recently in San Francisco over a weekend and got to be a tourist for a day. I was fascinated by the remarkable collection of old trams and streetcars that I both rode and saw throughout the city. They were original restored trams from different cities like New York, ...

END_OF_DOCUMENT_TOKEN_TO_BE_REPLACED

Last week I was visiting a customer in the transportation business. They were showing me a new safety business intelligence dashboard they were working on to analyze accidents and crashes. The first phase of the project focused on all accidents and crashes over a three year period. With more than ...

END_OF_DOCUMENT_TOKEN_TO_BE_REPLACED

May 23, 2011 InfoBurst, Products, Tech Tips, Xcelsius, Xcelsius End User Comments Off on To Cache or not to Cache – Boosting performance in Xcelsius Tech Tip

I was recently asked this question on how best to handle a 13 month dataset when in the dashboard the goal is to only display monthly detail and summary data.  This is a good question and in my opinion worth sharing here because it is dealing with boosting Xcelsius backend ...

END_OF_DOCUMENT_TOKEN_TO_BE_REPLACED

A company recently approached us with an interesting requirement concerning how to more efficiently distribute information about mobile phone usage to each of their hundreds of customers. The method they were currently using was manual and labor intensive as they were pulling information into Excel spreadsheets, creating graphs and then ...

END_OF_DOCUMENT_TOKEN_TO_BE_REPLACED

As more people deploy Xcelsius dashboard solutions, Xcelsius connectivity options has become a hot topic and I am often asked to compare the most popular methods used by BusinessObjects customers which are Query as a Web Service (QaaWS), Live Office and InfoBurst-XDS (or XDM for non-BOE deployments).