I live north of Phoenix in the desert outside an old mining and cowboy town called Cave Creek which is famous for its Chili Beer – yes, a bottle of amber beer with a real hot chili pepper in it with a slogan that says “Lime is for Wimps!”

Anyway, living in the desert, we have plenty of desert wildlife around us including a fair number of snakes, many of which are poisonous rattlesnakes. I have encountered quite a few over the years but, fortunately, have never been bitten. More frequently, it is not humans but dogs that get bitten so it is quite common to have your dogs “snake proofed” out here. So, when we got a dog a couple of years ago, we were strongly advised to get it snake proofed at a local ranch. 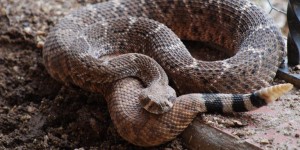 We showed up with about 30 other dogs and their owners and observed this fascinating procedure. A cage with about four rattlesnakes inside was placed in the middle of an open space. The organizer in charge then placed a shock collar on the first dog and instructed the dog’s owner to attach a leash to the collar and casually walk the dog over to the cage of snakes. As soon as the dog was next to the cage and got a big whiff of those snakes, the organizer shocked the dog which yelped and ran away pulling the owner along. The owner then allowed the dog 30 seconds to recover and then started to walk back to the cage. As soon as dog was in sniffing distance of the snakes, it bolted dragging the owner headlong in the opposite direction. Obviously, the dog had learned to associate the smell of a rattlesnake with pain and was not going near one again.

Each dog went through the same routine and all instantly learned. Of course, for our dog, my wife and daughter refused to take her when they knew she was going to be shocked, so I got to do the honors. When the shock was applied, she not only yelped louder than the sound barrier (she was a real drama queen) but she jumped in the air and almost pulled my arm out of its joint socket!

However, this was only part 1 of the snake proofing. Part 2 was to come back a month later and test again, except this time the rattlesnakes were hidden under a turned over wheelbarrow. The first dog and its owner went straight up to the wheelbarrow and the dog just kept sniffing until the organizer had to shock the dog for it to remember again.
The next five dogs did exactly the same thing. The sixth dog was ours and my daughter was pleading with me not to take her, but I did. As she got to about 10 feet away from the wheelbarrow, she got a good whiff of those rattlesnakes and she took off dragging me behind. Everyone cheered and I had a new found respect for our dog who I now considered to be a very intelligent drama queen!

In the world of Business Intelligence, I see companies big and small try to implement business intelligence analysis and dashboard tools directly against their production data sources. Without understanding the structure or state of their data, this is equivalent to sticking their noses into a cage of rattlesnakes. They invariably get a sharp shock; usually applied from upper management for degrading the performance of the production systems in addition to producing incorrect results.

Paul Grill, Co-Founder and CEO of Infosol Inc., is an information technology guru with more than 40 years’ experience in the IT industry. Recognized as an industry expert, Paul’s vision is to collaborate and develop long-term global relationships, resulting in the successful implementation of business intelligence solutions. Paul believes a company’s success with Business Intelligence is a combination of data and people’s insights and actions. He believes in the coexistence of technologies. With a strong portfolio of clients ranging from fortune 50 companies, start-ups, and middle market, Paul takes pride in his ability to deliver positive transformations impacting company’s productivity and profitability through the application of business intelligence. He is often heard saying that “data holds amazing nuggets that can be used to create limitless BI solutions that make a difference in people’s lives”. Throughout Paul’s career, he has been a speaker, lecturer, and writer sharing his passion for Information Technology and Business Intelligence. On a personal note, Paul is an avid runner, Tai Chi practitioner, and youth soccer coach. Paul’s curiosity for knowledge expands beyond technology with a passion for Ancient Egyptology and Gorillas.
@pgrill
Previous Rock Star
Next Stripping Down to Essentials in a Financial Crisis