Paul February 1, 2010 Business Intelligence, Paul Blogs on BI Comments Off on Lights Off for the Old Technology and Lights On for the New 1,748 Views 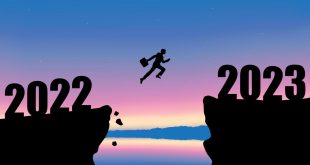 2023 Looking to be a Busy Year for the BusinessObjects Community 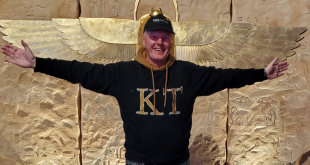 BusinessObjects Solid for the Next Decade and Beyond 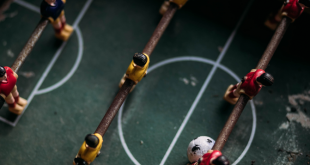 I like to take late evening or red-eye flights in order not to lose the day travelling, so when I arrived at Detroit Metro airport recently at 1:30 am this was not unusual for me. I picked up a rental car and arrived at my hotel at 2:30 am with a plan to be in bed by 3 am and up at 8 am for my 9 am meeting.
As I crawled into bed at exactly 3 am, everything was on track and the only thing left to do was to turn off the light in the corner of the room and fall asleep. I looked around the bed area for a switch but there was none to be found. The only switches in the room controlled overhead lights but this was a desk lamp hidden behind a huge cabinet with an equally huge flat screen TV on top. I stood on the bed and could see that the lamp was plugged directly into a wall socket. There appeared to be no way for me to access either the lamp or the socket so I picked up the phone and called the reception. The receptionist said that she was not familiar with the room configuration and had no idea how to turn off the lamp. She said that when she could find someone to cover the front desk she would check out another room and get back to me. I told her not to bother.
I got out of bed and approached the cabinet but as soon as I got within about 8 feet of the TV, it turned itself on! I quickly grabbed the remote and turned it off. I approached the TV a second time and it turned on again. On the third attempt, I decided to just let the TV stay on and simultaneously discovered there was no easy way to get to the lamp and that once the TV stayed on, it started to automatically increase the volume on its own! I turned off a very loud TV determining that it was either possessed or someone had set this up as a practical joke.
I went back to bed and tried to sleep but it was impossible. I got up again and devised different approaches towards my illuminated tormentor in the corner. I shuffled “cop style” with my back pressed against the wall, I tried “commando style” crawling on my belly and I even tried “Monty Python style” with a combination of silly walks but as soon as I got near the TV, it turned on and ratcheted up the volume. In desperation, I decided to pounce from the edge of the bed directly in front of the TV. This was probably not the smartest thing to do since I landed in front of the TV, lost my balance and banged my head against the screen hard. I rolled back on the floor holding my head while the TV turned itself on again. As I sat there half dazed fumbling for the remote , I noticed that the collision with the TV had turned the TV about 30 degrees one way on its pedestal. Now that I realized that the TV could swivel (duh!), I was able to approach it by crawling on the ground and carefully slide my hand up to it and turn it 90 degrees without turning it on. I then gently lifted myself up on top of the cabinet and stretched by hand down to grab the power cord and pulled it out of the socket extinguishing the offending light!
I must finally have fallen asleep about 4:15 am but I felt I had only slept for 5 minutes when the early morning call woke me at 8 am. I did not really start to wake up until I walked outside the hotel and the cold Michigan air hit me.
My first meeting was at a local city government. I was not my usual animated self but once I demonstrated a few Xcelsius dashboards, the audience was very animated to the point of wanting to change their whole strategy around budget forecasting right away!
The next stop was a local cable TV station where I was to be interviewed about Business Intelligence. I thought this would not go well in my sleep deprived state but once I whipped out my iPod Touch and showed some Business Intelligence reports rendered through RoamBi, the interviewer was hopping with excitement! The interview turned out great.

Business Intelligence has come a long way in the last few years and marrying it with the latest hand held device technology on the iPhone and iPod Touch, just takes it to a whole new level of possibilities. Harnessing the amazing graphics and touch actions of this device with the ingeniously designed business intelligence dashboard displays of RoamBi creates some of the most effective interactive displays I have ever seen. Again, check it out yourselves – The RoamBi application for the iPhone is free and can be downloaded for the Applications area of the iTunes Store.
Of course, my favorite feature of the iPhone/iPod Touch is that it turns the display off automatically after a period of non-usage – unlike some lights in hotel rooms that I know!

Paul Grill, Co-Founder and CEO of Infosol Inc., is an information technology guru with more than 40 years’ experience in the IT industry. Recognized as an industry expert, Paul’s vision is to collaborate and develop long-term global relationships, resulting in the successful implementation of business intelligence solutions. Paul believes a company’s success with Business Intelligence is a combination of data and people’s insights and actions. He believes in the coexistence of technologies. With a strong portfolio of clients ranging from fortune 50 companies, start-ups, and middle market, Paul takes pride in his ability to deliver positive transformations impacting company’s productivity and profitability through the application of business intelligence. He is often heard saying that “data holds amazing nuggets that can be used to create limitless BI solutions that make a difference in people’s lives”. Throughout Paul’s career, he has been a speaker, lecturer, and writer sharing his passion for Information Technology and Business Intelligence. On a personal note, Paul is an avid runner, Tai Chi practitioner, and youth soccer coach. Paul’s curiosity for knowledge expands beyond technology with a passion for Ancient Egyptology and Gorillas.
@pgrill
Previous Ponderings on the need for a Data Warehouse for BI
Next Comparing Xcelsius Connectivity Choices 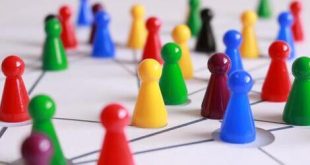 So, for Part 4 of this blog series, I would like to review how you ...