Learning from the Obama Effect

Paul November 19, 2008 Paul Blogs on BI Comments Off on Learning from the Obama Effect 1,300 Views

Let’s face it; most people did not think it was possible six months ago that Barack Obama would be the next President of the USA. It does not matter what your political affiliation, the execution of his campaign can only be described as pure brilliance.

The core of his campaign was based around his web site my.barackobama.com  which took all the best features of web site functionality to create custom pages for each subscriber, calls to action with automated generated emails, links to local activities and gauges to measure your own activities.  In addition, it had this really neat system for subscribers to make personal calls to registered voters in key battleground States that served up names, phone numbers and simple scripts to do some very effective canvassing. 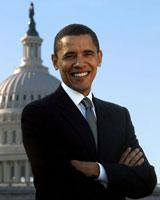 His message for “Change” was pretty potent too and there is no doubt, that despite the global financial recession, there is a positive momentum being carried forward in to 2009.
As many businesses and institutions face both major financial and survival issues in the coming months, there is a lot we can learn from what I am calling the “Obama Effect.”  Optimism and positive attitude are important but without an effective strategy, they may not be enough.  It does not matter whether you plan to reduce costs, increase income or both, the actions must be strategic and based on factual data. Business Intelligence tools and solutions have never been more important.

It does not matter if you are an airline trying to determine which routes are the least profitable, or will have the least impact if you should cancel them, or a retail outlet determining which product lines are consistently the most reliable as well as profitable, business intelligence is the key to making these strategic decisions. Not only can business intelligence provide the answers, but with visualization through animated dashboards, it can serve up the information in an exciting and engaging way that can motivate both your employees and your customers  in the same way the my.barackobama web site did.

I truly believe that 2009 will be a year of change for many companies and people, and by harnessing the power of business intelligence and employing the “Obama Effect,” you can make that a very positive change.

Paul Grill, Co-Founder and CEO of Infosol Inc., is an information technology guru with more than 40 years’ experience in the IT industry. Recognized as an industry expert, Paul’s vision is to collaborate and develop long-term global relationships, resulting in the successful implementation of business intelligence solutions. Paul believes a company’s success with Business Intelligence is a combination of data and people’s insights and actions. He believes in the coexistence of technologies. With a strong portfolio of clients ranging from fortune 50 companies, start-ups, and middle market, Paul takes pride in his ability to deliver positive transformations impacting company’s productivity and profitability through the application of business intelligence. He is often heard saying that “data holds amazing nuggets that can be used to create limitless BI solutions that make a difference in people’s lives”. Throughout Paul’s career, he has been a speaker, lecturer, and writer sharing his passion for Information Technology and Business Intelligence. On a personal note, Paul is an avid runner, Tai Chi practitioner, and youth soccer coach. Paul’s curiosity for knowledge expands beyond technology with a passion for Ancient Egyptology and Gorillas.
@pgrill
Previous Web Intelligence Integration Suite Will Blow Your Socks Off
Next Sometimes Dancing Angels Need to be Functional