I love the German language, because the words are so different and neat to say. There is this great feeling of schoolboy daring, combined with a vocal accomplishment when you speak them out load. The train stations, at both Cologne and Dusseldorf, provided ample fodder for practicing my linguistic fetish: “Ausfahrt” is an exit, “Abfahrt” is departure, “Hauptbanhoff” is the central railway station, and my favorite was, “Wagenstandanzeiger,” which is the little map of the carriages of the train, so you know the right place to stand on the platform to get on the right carriage.

My first meeting is straight off the train and runs from 10:00pm to midnight, but my time clocks are so messed up that it doesn’t really matter.

In general, the Germans are great workers. They are industrious and take their work seriously.

I met with a major telecommunications company in Dusseldorf to discuss their Business Intelligence deployment. I was impressed how they presented in both great detail and clarity what their implementation looked like. I was even more impressed by their suggestions and ideas to improve the environment by enhancing the functionality of the software they were using.

I left the meeting with a list of ideas and innovations that I will definitely follow up with when I return. 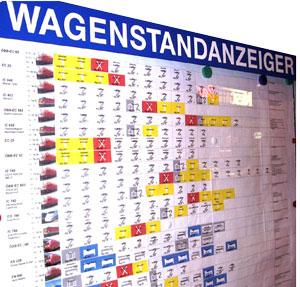 After that, I made a quick “Abfahrt” through the “Ausfahrt” and headed to the “Hauptbanhoff” where I studied the “Wagenstandanzeiger” before boarding the train!

Paul Grill, Co-Founder and CEO of Infosol Inc., is an information technology guru with more than 40 years’ experience in the IT industry. Recognized as an industry expert, Paul’s vision is to collaborate and develop long-term global relationships, resulting in the successful implementation of business intelligence solutions. Paul believes a company’s success with Business Intelligence is a combination of data and people’s insights and actions. He believes in the coexistence of technologies. With a strong portfolio of clients ranging from fortune 50 companies, start-ups, and middle market, Paul takes pride in his ability to deliver positive transformations impacting company’s productivity and profitability through the application of business intelligence. He is often heard saying that “data holds amazing nuggets that can be used to create limitless BI solutions that make a difference in people’s lives”. Throughout Paul’s career, he has been a speaker, lecturer, and writer sharing his passion for Information Technology and Business Intelligence. On a personal note, Paul is an avid runner, Tai Chi practitioner, and youth soccer coach. Paul’s curiosity for knowledge expands beyond technology with a passion for Ancient Egyptology and Gorillas.
@pgrill
Previous Day 6: Mussels in Brussels, Belgium
Next Day 8: London, UK