As well as the risk of being run down by crazy drivers in Paris, there are now thousands of French people too crazy to be allowed behind the wheel of a car, who have been let loose on bicycles.  To both help the environment and reduce the population, the Parisian government introduced public bicycles with thousands of racks of them scattered across the city. They also created these cleverly disguised bicycle paths along the public pedestrian areas. For only 5 Euros a day you can rent one of these “death machines” and go merrily bolting down these paths knocking over and whacking bewildered pedestrians right, left and center. It’s so popular you cannot find a spare bicycle on most racks and injury by “bicyclette” is now more likely to shorten your life than smoking which has been banned from all French cafés, bars and restaurants. Of course, the die-hard French smokers are resorting to smoking outside and invariably they wander onto a bicycle path and “Voila! Zee bicyclette hits zee smoker who swallows zee cigarette and dies of zee heart burn!” And nobody gets sued because the cigarette pack has a big bold warning saying “Smoking Kills”. The ingenuity of the French never ceases to amaze me! 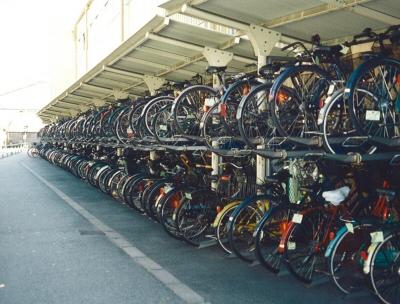 Of course, it is also this ingenuity that has placed France as one of the leading innovators of Business Intelligence software. BusinessObjects was born in France and was light years ahead of any other decision support solution of its day.  The latest French BI software gem is a product called 360View that provides a powerful security management tool for BO XI. It has this fabulous user interface with dynamic graphical matrices so you can see at a glance who has access to what in your BO environment. It is a godsend for the BO security administrator and will alleviate a lot of frustration and stress. It might even prolong his or her life providing they are not killed by a crazy bicyclette!

Paul Grill, Co-Founder and CEO of Infosol Inc., is an information technology guru with more than 40 years’ experience in the IT industry. Recognized as an industry expert, Paul’s vision is to collaborate and develop long-term global relationships, resulting in the successful implementation of business intelligence solutions. Paul believes a company’s success with Business Intelligence is a combination of data and people’s insights and actions. He believes in the coexistence of technologies. With a strong portfolio of clients ranging from fortune 50 companies, start-ups, and middle market, Paul takes pride in his ability to deliver positive transformations impacting company’s productivity and profitability through the application of business intelligence. He is often heard saying that “data holds amazing nuggets that can be used to create limitless BI solutions that make a difference in people’s lives”. Throughout Paul’s career, he has been a speaker, lecturer, and writer sharing his passion for Information Technology and Business Intelligence. On a personal note, Paul is an avid runner, Tai Chi practitioner, and youth soccer coach. Paul’s curiosity for knowledge expands beyond technology with a passion for Ancient Egyptology and Gorillas.
@pgrill
Previous Day 4: The Alps
Next Day 6: Mussels in Brussels, Belgium