There is constant evolution in technology, and how things look and feel is part of that evolution.  What looked new and exciting last year is now the norm, and something else is wowing people.

The first time I saw an Xcelsius model (now called SAP Dashboards) I was very impressed with how it looked.  The next time I saw a model I was impressed on what it could do.  Now it’s taking more than the standard components to leave any lasting impression.

SAP are adding further components and polish to the product with each new release, there are some great additions coming in Dashboards 4.1. There are also a number of 3rd party companies providing extra functionality to your dashboard like Centigon, Inovista, etc.

I have taken a step back and looked at the changing styles of data visualisation and in particular how Xcelsius components can be used to give a fresh new look to a dashboard.

The first topic I looked at was Infographics.  Infographics have been around for a number of years, however recently there has been a surge in the popularity of this visualization technique.

“Infographics are ways to visualize data and information in a graphical and easy to read format.  Infographics can be understood quickly and clearly, without the need to analyse or interpret the information they are trying to convey.”

Here is a snapshot of some of the Infographic mashups I have created using standard Xcelsius components.  Instructions on how some of these effects were created are included too. 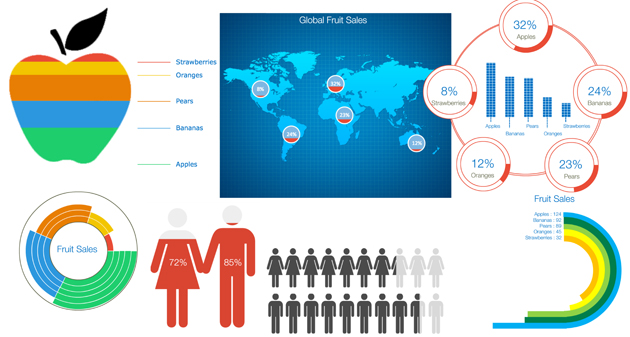 This visualization presents data in a format other than the standard pie chart.  The blue and the orange segments are both of a similar size (24% and 23% respectively).  However, by using concentric circles, and different depths of segments it clearly highlights the order of the two series.

How to create this visualization

Using a similar technique I have also created the following visualization too. 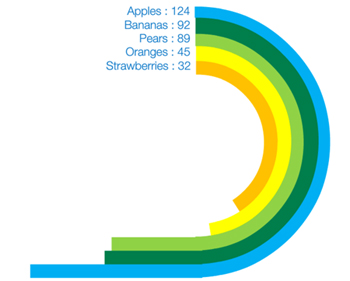 This visualization shows a distribution of male vs female.  This could be shown as a pie chart, but using an infographic can be more engaging and by being intuitive it removes the need to label which segment is male and female. 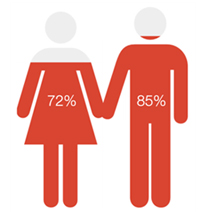 How to create this visualization

Using a similar technique I have created the following visualizationtoo: 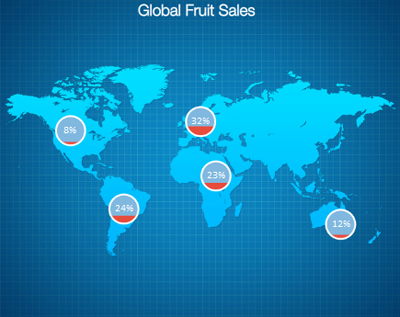 If you have your own infographic hack for Xcelsius share it in the comment section below, we are always looking for new ideas!

Richard Harvey is a Business Intelligence Consultant for InfoSol Ltd in Europe. With more than a decades experience in IT, he has worked in a variety of report and data management roles. Richard has been developing with SAP Dashboards (formally Xcelsius) since 2006 and combined with his data management experience has produced a number of innovative online and offline dashboards. Richard joined InfoSol Ltd from a leading UK financial services organisation where he had been heading up their Business Intelligence project team.
Previous Customizing InfoView – Part 2: Log On Instructions and Dynamic Pizzazz
Next Education on BusinessObjects Education