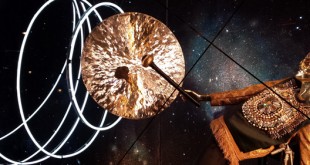 Although I am originally from London, UK, it has been a long time since I checked out the Christmas window displays at the major retail stores. The world famous department stores like Harrods, Selfridges and Fortnum & Mason go all out as do the elite fashion stores on Bond Street ...

END_OF_DOCUMENT_TOKEN_TO_BE_REPLACED

SABOC 2015: A Dash Clash Bash to be Remembered 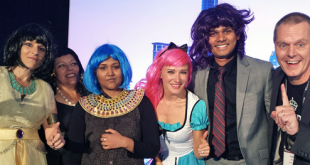 The ASUG sponsored SAP Analytics and BusinessObjects (SABOC) 2015 conference was a resounding success on many fronts, but it’s Developer Wars flagship event was definitely the highlight for me. This year’s “Dash Bash Clash” had several differences compared to previous events. Instead of being confined to a room for 24 ...

END_OF_DOCUMENT_TOKEN_TO_BE_REPLACED 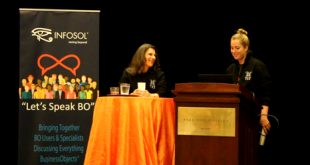 END_OF_DOCUMENT_TOKEN_TO_BE_REPLACED

BusinessObjects is the most widely used business intelligence suite in the world and for good reason – Crystal Reports, Web Intelligence, Xcelsius Dashboards, Explorer remain amongst the best products in their respective classes and are being used to create amazing BI solutions. As part of InfoSol’s “Let’s Speak BO”  initiative ...

END_OF_DOCUMENT_TOKEN_TO_BE_REPLACED

May 7, 2014 Business Intelligence, News, Yellowfin Comments Off on Yellowfin BI: Spicy-Hot in 2014

END_OF_DOCUMENT_TOKEN_TO_BE_REPLACED

December 4, 2013 News Comments Off on Yellowfin 7 Release Coming Soon and Full of Enhancements

Yellowfin announced the new release date of their enhancements to the integrated BI solution that will reflect in Yellowfin 7; GA is set for December 20th 2013. There are many anticipated enhancements coming in this release due to the feedback Yellowfin customers have given since the changes in 6.3.  I will ...

END_OF_DOCUMENT_TOKEN_TO_BE_REPLACED

This Friday, December 14, 2012 at approx 5:00 PM Eastern time, the infosol.com website may experience some problems loading due to scheduled maintenance. We don’t expect it to take long but we may experience outages for up to 24 hours. We apologize in advance for any inconvenience this may cause. ...

END_OF_DOCUMENT_TOKEN_TO_BE_REPLACED

IBIS 2011 kicked off last night with its welcome reception and solutions showcase demonstrating some of the latest business intelligence solutions and one solution in particular created quite a buzz – MyBI Mobile. As I walked around the showcase showing Xcelsius dashboards running on an iPad, people stopped with looks ...

END_OF_DOCUMENT_TOKEN_TO_BE_REPLACED

August 1, 2007 InfoSol, News Comments Off on InfoSol is growing

InfoSol Inc. was named in the top 100 fastest growing private companies in Phoenix in 2007 by Inc.com. update: Here’s a link to inc.com that works 😉 http://www.inc.com/profile/infosol