While SAP is still trying to sort out how to position its ever growing portfolio of Business Intelligence tools, this conference clearly demonstrated that its customers have already figured it out and are deploying and benefitting big time.

Customers presented fascinating case studies on how they built true Business Intelligence applications using Xcelsius Dashboards, Web Intelligence, Explorer and Crystal Reports. Not only are these BI tools the most popular in use today amongst classic BusinessObjects customers who have owned the suite for more than 5 years but they are also the most popular for new SAP BI deployments. 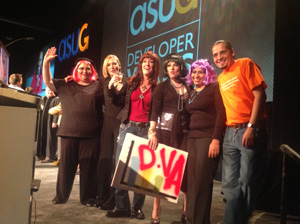 This year’s “ASUG Developer Wars” was simply a knockout. The four teams that competed were amazing and despite having to work with incomplete data, they created some awesome BI applications in just 24 hours. The dominant tool used by all 4 teams was Xcelsius Dashboards. When Welles Hatch, the CIO of City Year, declared “you just rocked my World” after seeing one of the entries that really summed it all up.

But what really made this conference stand out was the sheer energy and excitement of the participants. This was an energized community who love the tools they use and who are charged with new ways and ideas on how to use them. Many of the sessions were packed to capacity and people had to be turned away. The Exhibit area was buzzing with vendors showing exciting new solutions and ASUG’s live video broadcasts. 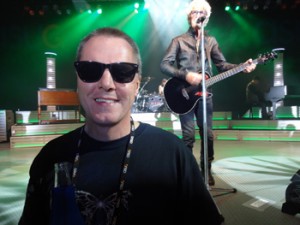 The REO Speedwagon concert on the last evening was rock music at its best. True professionals performing to true professionals with enthusiasm and energy that reflected the mood of the whole event.

Rumors of this being the last SBOUC may be premature. ASUG and SAP would surely want to repeat an event like this. Any attempt to merge it with another event would dilute its effectiveness and appeal. Business Intelligence by its very nature generates excitement and attracts a motivated community. Let’s keep SBOUC and continue to rock other people’s worlds.

Paul Grill, Co-Founder and CEO of Infosol Inc., is an information technology guru with more than 40 years’ experience in the IT industry. Recognized as an industry expert, Paul’s vision is to collaborate and develop long-term global relationships, resulting in the successful implementation of business intelligence solutions. Paul believes a company’s success with Business Intelligence is a combination of data and people’s insights and actions. He believes in the coexistence of technologies. With a strong portfolio of clients ranging from fortune 50 companies, start-ups, and middle market, Paul takes pride in his ability to deliver positive transformations impacting company’s productivity and profitability through the application of business intelligence. He is often heard saying that “data holds amazing nuggets that can be used to create limitless BI solutions that make a difference in people’s lives”. Throughout Paul’s career, he has been a speaker, lecturer, and writer sharing his passion for Information Technology and Business Intelligence. On a personal note, Paul is an avid runner, Tai Chi practitioner, and youth soccer coach. Paul’s curiosity for knowledge expands beyond technology with a passion for Ancient Egyptology and Gorillas.
@pgrill
Previous BI Trends in 2013
Next Exciting Enhancements Coming for InfoBurst Enterprise