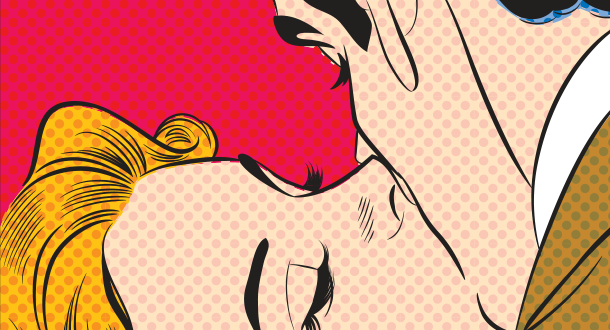 BusinessObjects and Tableau – a Romeo and Juliet Story?

The story of Romeo and Juliet, as portrayed by William Shakespeare, is the beautiful and tragic love story between two “star crossed lovers” from feuding families who fall madly in love. When Juliet feigns death in a desperate effort to be with Romeo, he thinks she is really dead and kills himself and then Juliet kills herself when she wakes to find Romeo dead. Their tragic deaths end up bringing the two families together to end their feud.

So, as I look at the current state of BusinessObjects and Tableau, I can’t but help think of Romeo and Juliet. The two products are a match made in heaven – BusinessObjects (obviously, Romeo) with its robust BI reporting, querying and analysis and Tableau (Juliet) with its beautiful data visualizations and mysterious data explorations. With my current conservative estimate of more than 40% of existing BusinessObjects customers using Tableau, I am not the only one who sees they were meant for each other.

Tableau lacks a strong BI reporting capability and most Tableau users produce their end reports in Excel so it makes perfect sense that they would be attracted by the handsome and versatile BusinessObjects Web Intelligence Romeo. Hence the cry from the balcony from Tableau Juliets’ everywhere “Webi, Webi, wherefore art thou Webi?”

SAP pushes the lackluster Lumira to compliment Web Intelligence but it does not match the creativity and vitality of the stunningly gorgeous Tableau Juliet.

In Shakespeare’s play, there is a kindly character called Friar Laurence who thinks he can reconcile the two feuding families through a union of Romeo and Juliet and secretly marries them. Today there is a product called InfoBurst Tab that integrates BusinessObjects and Tableau and is very much playing the role of Friar Laurence.

I believe we can avoid a tragic ending to this story and that the SAP and Tableau families will see the mutual benefit and wisdom of letting this romance continue. I see positive signs from the Tableau family who are happy to see so many BusinessObjects customers using their product. I also see an encouraging resignation to the reality of the situation from SAP as so many of SAP’s largest ERP clients have embraced Tableau. Next step for SAP is to seize the opportunity of selling Webi to Tableau customers.

Maybe it’s time to rewrite the ending of Romeo and Juliet to “and they lived happily ever after”.

Paul Grill, Co-Founder and CEO of Infosol Inc., is an information technology guru with more than 40 years’ experience in the IT industry. Recognized as an industry expert, Paul’s vision is to collaborate and develop long-term global relationships, resulting in the successful implementation of business intelligence solutions. Paul believes a company’s success with Business Intelligence is a combination of data and people’s insights and actions. He believes in the coexistence of technologies. With a strong portfolio of clients ranging from fortune 50 companies, start-ups, and middle market, Paul takes pride in his ability to deliver positive transformations impacting company’s productivity and profitability through the application of business intelligence. He is often heard saying that “data holds amazing nuggets that can be used to create limitless BI solutions that make a difference in people’s lives”. Throughout Paul’s career, he has been a speaker, lecturer, and writer sharing his passion for Information Technology and Business Intelligence. On a personal note, Paul is an avid runner, Tai Chi practitioner, and youth soccer coach. Paul’s curiosity for knowledge expands beyond technology with a passion for Ancient Egyptology and Gorillas.
@pgrill
Previous High Value Opportunity Burst Brings Instant Gratification to Marketing Executives
Next Representing the Real BusinessObjects Community

One organization presenting at IBIS showed how they were using InfoBurst to automatically send text messages to people when critical drug shipments were delivered or delayed. This may appear to be more operational than BI in nature but the reports that were triggering these text messages was a BusinessObjects Web Intelligence report analyzing thousands of shipments.