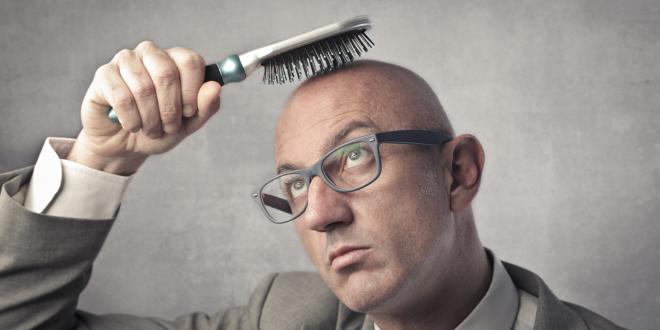 BusinessObjects and PowerBI May Lead to Hair Loss

There has been a lot of talk and hype about PowerBI in the last couple of years. Some of that has been fueled by the infamous Gartner BI Magic Quadrants which, once again, seem to be out of touch with the reality on the ground.

With more than 40% of BusinessObjects customers in the US co-existing with Tableau, we are now seeing an increase in BO customers moving towards PowerBI. While PowerBI can co-exist with BusinessObjects, it is not as good a match as Tableau.

If we compare the core functionality of Tableau and PowerBI from the standpoint of a self-service data discovery and visualization tool, they have comparable functionality but that’s really where the similarities end. Whereas Tableau is a true Business Intelligence tool built for business users, PowerBI is more of a tool built for IT programmers that can be used by business users. There are a lot of different pieces with the PowerQuery editor doing the data manipulation using the M language (something else to learn) while the DAX (Data Analytics eXpressions) language is used in PowerBI itself. It takes time to master and there is a lot of infrastructure and support required (something even Gartner warns about).

Then there is the cost factor. Most organizations looking at the two tools think that PowerBI is a lot less expensive than Tableau but that is really not true when you look at the total cost of ownership. While the PowerBI desktop developer version is usually free with customers owning Microsoft Enterprise licensing, the Pro edition is not and nor are the viewer run-times once you deploy your dashboards and applications. In addition, there are many hidden costs in terms of services to set up and maintain the PowerBI environment and publishing license fees and add-ons for mapping to match Tableau’s built-in capabilities and a lot more.

I recently spoke to a large BusinessObjects manufacturing and retail customer who did a comparison between Tableau and PowerBI. They said they had the Tableau server installed, configured and operational for the POC in just 2 hours. Meanwhile they spent a month in discussions with Microsoft and their partner to get the equivalent PowerBI server environment in place and then it still did not work!

But I digress. The real issue is integration with BusinessObjects. While I have described the co-existence  of BusinessObjects and Tableau like the romance between Romeo and Juliette, I look at the co-existence of BusinessObjects and PowerBI as the romance between Samson and Delilah. Of course, BusinessObjects is the powerful strong Samson and Delilah is the seductive and manipulative PowerBI.  Delilah is dead set on finding out the secret to Samson’s strength and when he finally succumbs to her wily ways and tells her its his hair, she shaves it all off and Samson is captured, blinded and imprisoned by his enemies.

Microsoft is not a BI company. They are a software company and only a slice of their business is BI but nowhere near the main slice. They have very successfully captured market segments by either giving away their software for free or a very low price and once they have enough organizations locked in, they charge more and more. By this stage it is difficult and expensive to move to an alternative solution. More importantly, we have seen Microsoft make forays into the BI space before and then not follow through with compatible, upgradable solutions or start something new.

If you are a BuinessObjects customer looking at PowerBI, I suggest you do a proof-of-concept first and fully investigate the total cost of ownership over 2 or 3 years. Otherwise you could end up having your hair shaved off!

Paul Grill, Co-Founder and CEO of Infosol Inc., is an information technology guru with more than 40 years’ experience in the IT industry. Recognized as an industry expert, Paul’s vision is to collaborate and develop long-term global relationships, resulting in the successful implementation of business intelligence solutions. Paul believes a company’s success with Business Intelligence is a combination of data and people’s insights and actions. He believes in the coexistence of technologies. With a strong portfolio of clients ranging from fortune 50 companies, start-ups, and middle market, Paul takes pride in his ability to deliver positive transformations impacting company’s productivity and profitability through the application of business intelligence. He is often heard saying that “data holds amazing nuggets that can be used to create limitless BI solutions that make a difference in people’s lives”. Throughout Paul’s career, he has been a speaker, lecturer, and writer sharing his passion for Information Technology and Business Intelligence. On a personal note, Paul is an avid runner, Tai Chi practitioner, and youth soccer coach. Paul’s curiosity for knowledge expands beyond technology with a passion for Ancient Egyptology and Gorillas.
@pgrill
Previous Tech Tip: DATETIME field format – Dealing with Milliseconds
Next Tech Tip: Content Validation for Reports Scheduled via Email