So I am standing at Heathrow Airport arrivals waiting for my ride and there is a man a few yards in front of me wearing a pair of large bull horns on his head. The British are renowned for being a little eccentric but this is something I have never seen before. Of course, he could have been wearing the horns so he would be easily recognized by whoever he was meeting off the plane. He was certainly easy to spot and visually stood out like nobody else there.

The next day I was at a customer site where a colleague was presenting on mobile BI dashboards. The dashboards had been created in HTML5 using InfoBurst Apps and incorporating Google maps for location intelligence.  The linkage between the map and the business intelligence data housed in the InfoBurst cache for speed, performance and quantity of data accessed was impressive and visually compelling. The usage of native integration with other iPad applications for annotation and email caused a lot of excitement as did the ability of InfoBurst Apps to allow write back from the mobile dashboard to any database. However, it was the animation and dynamic movement of visuals on the iPad that really blew their socks off.

This animation involved shuffling visuals on the iPad based on different sort and filter options. It is not the sort of thing you see in most dashboards and visually stood out more than anything else. Yes, they were also excited by drilling down from a point on a map straight to a street picture view but they had seen that before in other applications whereas the shuffle was unique.

Maybe it appealed to that British sense of the unusual and eccentric or maybe, like the man with the bull horns, it visually stood out like nothing else they had seen before. All I know is that after they saw the dashboard shuffle, they were super excited and bullish to start creating some mobile dashboards of their own.

Paul Grill, Co-Founder and CEO of Infosol Inc., is an information technology guru with more than 40 years’ experience in the IT industry. Recognized as an industry expert, Paul’s vision is to collaborate and develop long-term global relationships, resulting in the successful implementation of business intelligence solutions. Paul believes a company’s success with Business Intelligence is a combination of data and people’s insights and actions. He believes in the coexistence of technologies. With a strong portfolio of clients ranging from fortune 50 companies, start-ups, and middle market, Paul takes pride in his ability to deliver positive transformations impacting company’s productivity and profitability through the application of business intelligence. He is often heard saying that “data holds amazing nuggets that can be used to create limitless BI solutions that make a difference in people’s lives”. Throughout Paul’s career, he has been a speaker, lecturer, and writer sharing his passion for Information Technology and Business Intelligence. On a personal note, Paul is an avid runner, Tai Chi practitioner, and youth soccer coach. Paul’s curiosity for knowledge expands beyond technology with a passion for Ancient Egyptology and Gorillas.
@pgrill
Previous D is for Dashboards
Next British Museum Real World Case Studies Are Best 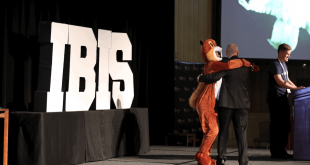