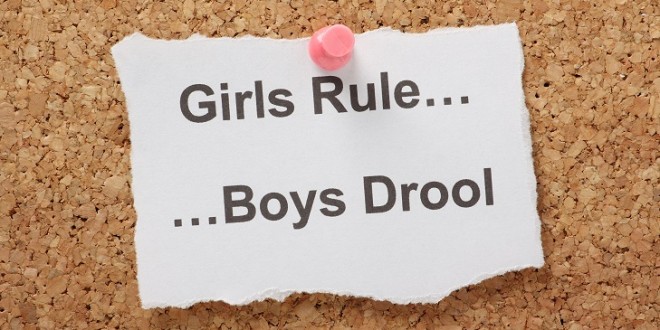 My youngest daughter owns a T-shirt, a gift from her aunt, that is emblazoned with the phrase “Girls Rule. Boys Drool”.

As I prepare to attend this year’s SAP Sapphire and ASUG Annual Conference, I am thinking about wearing a T-shirt that reads “BO Rules. SAP Analytics Drool”.  I’m not sure that anyone would notice.

Three years of SAP heavily promoting its new SAP Analytics tools, has made almost no impact in the BI marketplace. Most people outside of the SAP world have never heard of Lumira and Visual Design Studio and SAP is rarely considered for any type of serious predictive analysis solution.

During those same three years, BusinessObjects has continued to dominate as the most widely used Business Intelligence suite in the world and it has maintained this position with almost no promotion from SAP. To be honest, it does not need the promotion because the product speaks for itself through the millions of end-users who benefit from it every day.

The latest BI 4.1 release is packed with new functionality that guarantees it will keep its popularity for many years to come. From the new universe designer (IDT) with multi-source capability, the new visual graphics and Google Map integration options in Web Intelligence to the HTML5 mobile and universe connection features of BusinessObjects Dashboards (Xcelsius) , the BusinessObjects suite is at the top of its game.

Why am I blogging about this?

Because, despite this, I still come across confused BusinessObjects customers who think that the new SAP Analytics tools are going to replace the BusinessObjects suite because their SAP Account Manager told them this. I can see how it can be confusing when the SAP messaging is very unclear and keeps changing as they struggle to find new ways to position and sell their new Analytics tools.

The truth is that the new SAP Analytics tools were developed to run on HANA (SAP’s multi-million dollar in-memory database) and not to be the next generation Business Intelligence suite for the masses. Anyone who takes a look at the tools and wants to run them in an enterprise environment will realize very quickly they need a HANA. This should come as no surprise to anyone in the SAP world as SAP has made it clear they want everything SAP to be on HANA.

The entire SAP Sales and Marketing teams are trained to sell HANA and the new Analytics tools which they have likened to a Tesla.  In the meantime, they liken BusinessObjects to a Porsche. The problem is that when they try to sell their Tesla to their very happy and contented Porsche owners they resort to desperate tactics like telling them that on their future roadmap their Porsche’s will be replaced by these Tesla’s so they better buy one now!

The bottom line is that the new SAP Analytics tools are nowhere close to the functionality, robustness and capabilities of BusinessObjects and they have years to go before they get there by which time BusinessObjects will be even further ahead.

I’m looking forward to Sapphire even though I don’t have a t-shirt made.  I am sure we will hear a lot more about the new SAP Analytics strategies but for those who are interested in finding out what’s happening today in the BusinessObjects world be sure to check out the following community session  at the ASUG Hub (session ID is CYC2423)

Paul Grill, Co-Founder and CEO of Infosol Inc., is an information technology guru with more than 40 years’ experience in the IT industry. Recognized as an industry expert, Paul’s vision is to collaborate and develop long-term global relationships, resulting in the successful implementation of business intelligence solutions. Paul believes a company’s success with Business Intelligence is a combination of data and people’s insights and actions. He believes in the coexistence of technologies. With a strong portfolio of clients ranging from fortune 50 companies, start-ups, and middle market, Paul takes pride in his ability to deliver positive transformations impacting company’s productivity and profitability through the application of business intelligence. He is often heard saying that “data holds amazing nuggets that can be used to create limitless BI solutions that make a difference in people’s lives”. Throughout Paul’s career, he has been a speaker, lecturer, and writer sharing his passion for Information Technology and Business Intelligence. On a personal note, Paul is an avid runner, Tai Chi practitioner, and youth soccer coach. Paul’s curiosity for knowledge expands beyond technology with a passion for Ancient Egyptology and Gorillas.
@pgrill
Previous Excel in “Crystal Reports Export to Excel” – Part 1
Next J Lo Rocks , SAP Rolls and BI takes a Back Seat 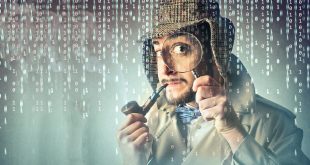 I never get tired of hearing Business Intelligence success stories and I always tell myself ...