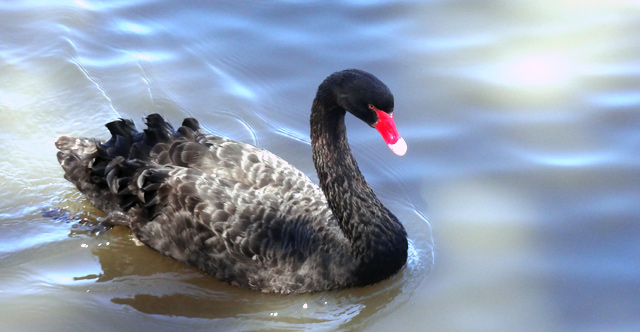 Have you ever read one of those stories that you just can’t forget about, even if you want to?  In case you missed this story back in January, a truck carrying cheese was traveling through a mountain tunnel in Sweden and it caught fire.  Not news you say?  Well, to be specific, the truck didn’t catch fire, it was the cargo itself.  That’s right; 27 tons of cheese caught fire and burned for 6 days.  I’m not sure what part of that story stuck with me the most, the fact that cheese was on fire or that it took 6 days to finish burning.  The cheese wasn’t our normal cheddar, it was brunost (a local delicacy made by boiling milk for days until it becomes a solid brown cheese) is 30% fat and has a large amount of sugar so if it does get hot enough, it burns with intense heat and, “is almost like petrol” according to a local policeman.

A rather curious story if you ask me, but more importantly, one that I never in my life thought I would read.  If I was selling cheese, or buying cheese, I don’t know that I would ever plan for a fire like this.  I doubt that regulators have either.  Hazmat placards showing the danger of the cargo in a vehicle travelling on the roads don’t have a placard for cheese…but maybe they should.  Fortunately I’m not in the cheese transportation business so I don’t have to solve these problems, but I can use this as a great example of what is called the Black Swan theory in management and decision making circles.

The Black Swan theory (or theory of black swan events) has an interesting pedantic history worth repeating.  Since time immemorial, swans were known to the western world and had a very distinctive color…bright white.  This is such a prevalent coloring that it has been used in literary contexts for centuries.  The poet Juvenal (a 1st century Roman poet) coined a phrase which referred to a black swan as something that simply didn’t exist or was impossible.  People used this phrase in English until somewhere around 1697 when the impossible happened…someone found a black swan.  That’s right, black swans exist in Western Australia and the phrase was changed from an example of something that is impossible to something that we think is impossible until proven otherwise.

This phrase has been expanded and detailed various times including in the masterful book by Dr. Nassim Nicholas Taleb called appropriately enough The Black Swan.  While I don’t agree with everything that he wrote, it is worth noting that his overall treatment of these black swan events is instructive for all of us.

Dr. Taleb refers to black Swans as surprises to our understanding which have a major impact on our business or even the entire world.  Examples which we are all familiar with include the creation of the internet or even super-fast computing which allows for analysis of things never imagined before.  He includes in the definition the idea that in hindsight, the black swan should have been predicted.  This last piece leads us to reason that we should plan on and work towards seeing and preparing for game-changers in a more common vernacular.

In the world of business intelligence, we create data warehouses, reports and pretty much everything in our space with a series of knows and unknowns.  This is done because an infinitely flexible environment is impossible and would be unwieldy to use.

These business intelligence solutions necessarily have assumptions and defined parameters which are often technically driven or at least technically important.  As an example, we must choose what data type our invoice field in our data warehouse is going to be.  Is it a character or numeric field?  While this might seem like a trivial distinction, the ramifications of a change from one type to another can be far reaching and costly to reengineer reports, dashboards and semantic layers.

While this is a small example, imagine if we had a major shift in our business, change of our accounting systems or other unexpected (but upon further review predictable) major shifts in our businesses.  How many of these small things will affect us and what impact will it have on our operations?  Remember, we can’t really predict these things before they happen, so we need to do at least the following to prepare.

The first thing we must do is to open our field of vision.  We are plagued and blessed by constant work and a drive to finish and complete projects in our respective areas.  This single-mindedness can be helpful for completing our specific tasks, but it can also introduce new issues for us that are outside of our field of vision.  If we aren’t constantly talking with the accounting department we won’t know that they are planning on changing from a 2 tier to a 3-5 tier account structure.  The fact that they promised that they would never have more than 2 tiers of accounts a year ago was quickly forgotten when the new CFO took over.  Introducing this new ragged hierarchy structure will cause significant changes to the reporting environment, the sooner you are in the conversation, the sooner you can plan and less the change there will be to your environment.

Next, we need to be nimble.  Nimble means that we don’t plan four year business intelligence projects and deploy outdated technology built on old business models.  We must focus on and deliver timely and short cycled value so when a change does come we are not so over-invested that we can’t take advantage of new opportunities.

Finally, and this is the hardest part, we must design flexibility in every process and environment that we put together.  When we build and code it is under the assumption that what we create will solve the customer’s requirements and that is what is needed.  How often do we step back and ask the simple question, how hard would it be to change this?  We won’t often know what to change, but we should know how flexible it is.  Are the inputs and outputs all documented so that changes can be tested?  Do we have our arms around the actual use cases and not just the requirements?

While we can’t really stop black swans from happening we can prepare ourselves and our organizations to take advantage of them when they happen…for instance, in memory computing anyone?

Ethan Durda is Director of Business Intelligence Development for INFOSOL providing training, consulting and project management for both Crystal Reports and BusinessObjects. Recent projects have included an XI R3 conversion and heading up a large Web Intelligence report development project. Ethan has 14 years in Information Services experience in a variety of platforms and databases. He has extensive teaching experience and has taught all levels of users and developers both BusinessObjects and Crystal Reports toolsets. Ethan is also active in various Business Intelligence Groups including America’s SAP User Group (ASUG), and previous to that, the Global BusinessObjects Network (GBN) organization. He is also a member of the Data Services Special Interest Group Steering Committee.
@infosolinc
Previous BI For The Little Guy
Next 12 Essential Elements for Successful Dashboard Implementations