The winners of the highly coveted InfoSol Best Xcelsius Dashboard awards were announced on Monday at IBIS 2011.  After each of the dashboards in the four categories was explained and demonstrated, representatives for the companies received the etched glass pyramid accolade that has become synonymous with the awards. 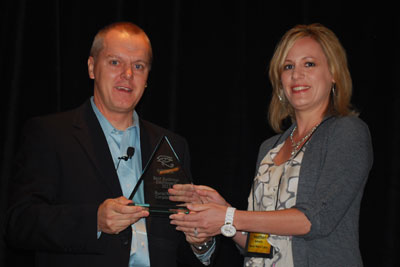 This year’s “Best Business Dashboard” award went to Rural Metro Corporation for their Daily Business Insight dashboard which was developed to show daily insight into operational, billing and financial data from different systems delivered in a simple and effective way. The interface was designed in a format that made sense to management and provided the ability to coordinate the distribution of matching Web Intelligence reports to their mobile devices. One of the key benefits of the dashboard was that it helped to create a consistent means of communication across the business. 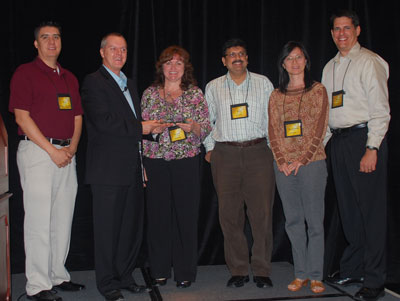 The “Most Innovative Dashboard” award was won by McKesson Specialty Care Solutions for a dashboard they developed to provide a single view of all program enrollment and fill activity for a key client to quickly access the data they need in order to respond to internal data requests, in a timely, efficient and accurate manner. The dashboard made great use of different Xcelsius components including color coded maps, selection tables and a variety of different charts while using tabs and selection buttons to make the navigation both simple and powerful. The dashboard resulted in timely and accurate turnaround to requests that benefitted both McKesson and their client. 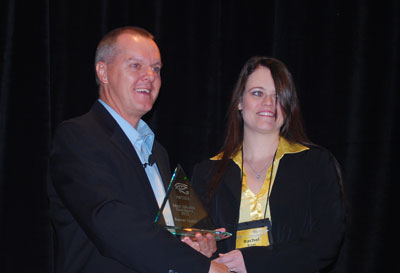 The “Most Valuable Dashboard” award was claimed by Banner Health for their automated dashboard used to analyze and monitor patient throughput within designated Emergency Departments within the Banner Health system. The dashboard is able to access a large number of key operational and clinical metrics providing standardization and trust in the data throughout the organization. One of the key benefits was an improvement in overall patient satisfaction by reducing the wait time between a patient’s initial arrival time and examination by a physician. 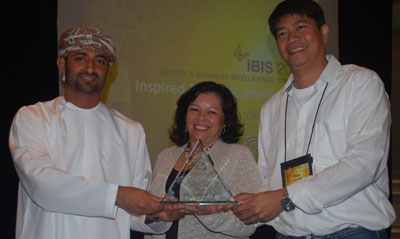 The fourth award this year was renamed the “Most Inspired Dashboard” award and was won by Sohar Aluminum from Oman for their dashboard to bring about accountability, transparency in daily work and ultimately consistent, accurate data. The dashboard was inspirational in both its design and functionality by making use of write back functionality enabling supervisors to enter their actual and target results through the dashboard itself. In addition, other alert dashboards were created that are automatically scheduled and emailed to supervisors who are late entering their data. The dashboard has been so successful that it has actually brought about a culture change in the way people look at data and processes at the company.

After the awards, many companies present vowed to enter even more amazing dashboards for the 2012 awards and I can’t wait to see them.

Paul Grill, Co-Founder and CEO of Infosol Inc., is an information technology guru with more than 40 years’ experience in the IT industry. Recognized as an industry expert, Paul’s vision is to collaborate and develop long-term global relationships, resulting in the successful implementation of business intelligence solutions. Paul believes a company’s success with Business Intelligence is a combination of data and people’s insights and actions. He believes in the coexistence of technologies. With a strong portfolio of clients ranging from fortune 50 companies, start-ups, and middle market, Paul takes pride in his ability to deliver positive transformations impacting company’s productivity and profitability through the application of business intelligence. He is often heard saying that “data holds amazing nuggets that can be used to create limitless BI solutions that make a difference in people’s lives”. Throughout Paul’s career, he has been a speaker, lecturer, and writer sharing his passion for Information Technology and Business Intelligence. On a personal note, Paul is an avid runner, Tai Chi practitioner, and youth soccer coach. Paul’s curiosity for knowledge expands beyond technology with a passion for Ancient Egyptology and Gorillas.
@pgrill
Previous Xcelsius on iPad and iPhone Wows Attendees at IBIS Welcome Reception
Next The Big Splash of Business Intelligence